The Premier League club distanced themselves from speculation on Thursday that suggested current owner Joe Lewis was willing to listen to offers of £1billion.

But Cain Hoy has now released a statement announcing it is in the early stages of preparing a potential cash offer for the north London club.

The company has until 10 October to indicate whether it will make a formal offer or indicate that its interest in Spurs is at an end. Cain Hoy also confirmed that its statement had been made without the consent of Tottenham.

Although the news from Cain Hoy - a private investment company focusing on global real estate, retail, media and entertainment - suggests there are potential suitors should Lewis change his mind.

"Cain Hoy confirms that it is at the preliminary stages of assessing a cash offer for Tottenham Hotspur. Cain Hoy's considerations are at an early stage, and there can be no certainty that any offer will ultimately be made or at what price any offer might be made.

"In accordance with Rule 2.6(a) of the City Code on Takeovers and Mergers (the "Code"), Cain Hoy must, by not later than 5.00 pm on 10 October 2014, either announce a firm intention to make an offer for Tottenham Hotspur in accordance with Rule 2.7 of the Code or announce that it does not intend to make an offer, in which case the announcement will be treated as a statement to which Rule 2.8 of the Code applies.

"This deadline will only be extended with the consent of the Takeover Panel (the "Panel") in accordance with Rule 2.6(c) of the Code.

"This announcement has been made without the consent of Tottenham Hotspur. A further announcement will be made in due course."

Spurs responded shortly afterwards with their own statement, which again stressed there were no takeover talks with any prospective buyers - although revealed meetings with Cain Hoy had taken place to discuss unrelated financial matters.

"Tottenham Hotspur Limited ("THFC") notes the continuing press reports surrounding a potential takeover and the announcement released by Cain Hoy Enterprises, LLC ("Cain Hoy"). THFC confirms it is not in takeover discussions with Cain Hoy or any other party," the club's statement read.

"As stated in yesterday's announcement regarding the new stadium project, THFC has been in discussions with multiple providers of finance so that the optimum financing package for the project can be achieved and, in the course of those considerations, has met representatives of Cain Hoy. However, there are no ongoing discussions with Cain Hoy.

"The club is focused on the new stadium development and the season ahead."

The project for Tottenham's new stadium hit problems earlier in the week when it was revealed the ground was 'highly unlikely' to be ready for Spurs to move in at the start of the 2017-18 season.

That means the club would need to find a temporary base for home matches as their own stadium was finished, with the Olympic Stadium, Wembley and stadium:mk all believed to be under consideration. 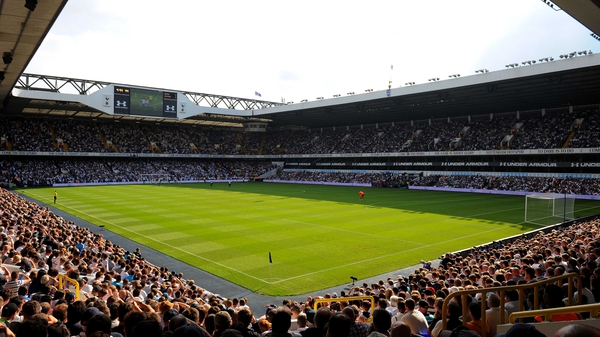