Bray Wanderers arrested their slide down the table with a first win in 14 SSE Airtricity League games as they recorded a comfortable 2-0 win over fellow strugglers UCD at the Carlisle Grounds.

Goals in either half from Ismahil Akinade and substitute Jake Kelly were enough to ensure Alan Mathews’ embattled side recorded their first victory since beating Limerick in early May.

The Seagulls now have a three-point cushion over UCD in tenth place as their relegation fears are eased with seven games remaining.

The hosts dominated proceedings from the outset, and while the points weren’t secured until substitute Kelly slammed the ball into the roof of the net with a quarter of the game remaining, UCD never secured a firm footing in the game.

As it is, the Students are themselves winless in eight games and now lie just four points ahead of bottom club Athlone, with the prospect of a relegation play-off looming for Aaron Callaghan’s side.

Bray are all too aware of the resolve required to surmount such a precarious obstacle and they will be determined to build up a head of steam as the business end of the season approaches.

Certainly, they seem to be clicking into gear just at the right time. They have now taken four points from their last two outings, having earned the same amount from their last 14 league games.

Injuries have regularly depleted their ranks and while a leaky defence is a more significant reason for their barren run, they’ve benefited from a semblance of continuity in recent weeks. The hosts had the luxury of making just one change - and an enforced one at that - from the draw at Cork and it showed from kick-off.

Mathews has firmly ingrained his philosophy by the seaside and his side look a far more organised, purposeful unit for it. Conversely, UCD never really warmed to the task on a bitterly cold evening.

It took Bray less than a minute to pierce through the Students defence and while David Scully’s first-time effort from range was off target, the visitors didn’t take heed.

Bray made their domineering start to the game count as Dave Webster’s diagonal ball held up in the wind, Scully fed the industrious Cassidy and his cross was slammed home by the inrushing Akinade.

Bray’s stranglehold in the central areas stemmed from a high pressing game as they prevented UCD - so usually adept in possession - to get their foot on the ball. Callaghan’s side grew into proceedings as the half wore on but it was the home side that came within inches of doubling their lead on the brink of half-time.

Akinade again caused the problems down the right and in a role reversal of the opening goal, his cross was met by Cassidy, but on this occasion the midfielder’s powerful header struck the post. It was a let-off for UCD and one that woke them up.

A change of formation and personnel shortly after the interval proved far more effective, but that it took them the best part of an hour to have a shot on goal tells its own story. Bray had been shooting blanks on front of goal recently as well and their own profligacy could have cost them against superior opposition here.

Kelly, moments after being introduced from the bench, was unable to take advantage of more industrious work from Cassidy down the left as he shot high and wide from ten yards. His next attempt on goal was anything but wayward.

There seemed to be little danger when the former St Pat’s winger collected the ball 20 yards from goal, but some quick footwork created the opening to fire past O’Donnell at the near post.

As UCD threw caution to the wind in a limp attempt to salvage something from a game they deserved little from, Bray came close to creating further daylight between the sides.

Scully’s powerful drive had O’Donnell scrambling and moments later the UCD goalkeeper was forced to tip Akinade’s deflected effort onto the bar.

The roar that greeted the full-time whistle by the home fans and players went some way to showing how significant this win may be when all is said and done come the season end. 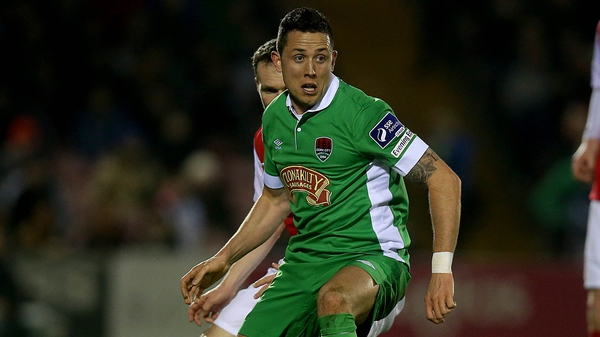