New Shamrock Rovers manager Pat Fenlon says he want to get the Hoops faithful off their seats for the remainder of the season as they chase cup glory and a European place.

The ex-Hibernian boss took over from Trevor Croly and began his stint with a 2-0 win over Derry City at Tallaght Stadium on Friday night.

The 2011 Europa League group stage qualifiers are still in the FAI Cup and will face Dundalk in the League Cup final in September.

Currently they lie 10 points adrift of SSE Airtricity League Premier Division leaders Dundalk, and while Fenlon admits that a push for the title is ambitious, he wants to bring back some atmosphere to the Dublin 24 arena.

“It seems to be a little bit more of a bouncy place, which is what it should be,” Fenlon told RTÉ’s Soccer Republic.

“It’s a fabulous stadium and Rovers supporters are fantastic for getting behind the team and they did that on Friday.

“We’ve got to give them that, give them a chance to go and support their team and back the team and get them off their seats and that’s what we’ll try to do between now and the end of the season.

“We’re not giving up on anything yet, we’re now ten points [behind] so we just have to keep picking away at points and see where it gets us. [It’s a] big tall order to get anywhere near the top end of it but we won’t give up until we can’t do it mathematically.”

“We’ve come into a club that’s in the league cup final and the FAI Cup, at the top [end] of the table. We want to get to Europe, which would be a massive help from everyone’s point of view, the supporters, the club, directors, in relation to the finances of it.”

While the short-term targets for the former Bohemians and Shelbourne manager are straight forward, he also revealed that the potential to build sustainable structures at the club influenced his decision to take the job.

The 45-year-old said: “It’s a fantastic club and it’s probably the biggest club in the country.

"The opportunity to manage Shamrock Rovers doesn’t come around too many times and I just felt it was the right fit at this particular time.

“Where the club want to go in relation to the team and the club as a whole really did interest me so that’s obviously the reason why.

“I am [an ambitious manager]. I was offered a few jobs in Ireland but I didn’t think they fit what I am looking to do. 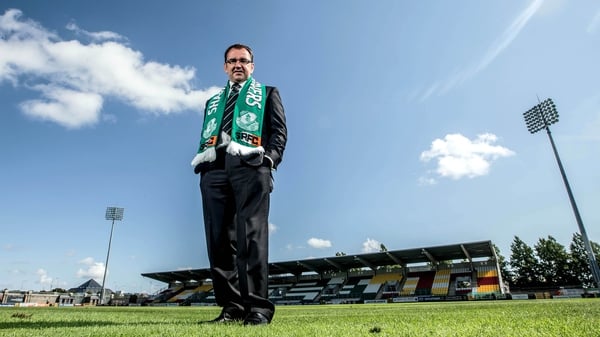