RTÉ soccer analyst Alan Cawley believes that Shamrock Rovers are a team without an identity as the pressure mounts on under-fire manager Trevor Croly.

With supporters at Tallaght growing restless and some calling for change, Croly's position looks less and less secure following a defeat to Drogheda on Friday that saw the Hoops drop out of the European places and fall nine points behind league leaders Dundalk.

Croly himself admitted that the result and the performance from his side was not good enough but speaking on Soccer Republic, Cawley questioned whether or not the Rovers manager has the ability to turn things around.

"If you asked me to describe Shamrock Rovers, I wouldn't know where to start," he said.

"The manager is there a year-and-a-half and he still hasn't put a stamp on things. When he came into the job I actually thought he would do well. He came in as a very well regarded coach, which was fine.

"But the problem is that he is not a coach any more. He is the manager and it's a whole different ball game as he is finding out. I look at his interviews week in, week out and it's the same rhetoric every week. He is uninspiring, I feel, listening to him. Shamrock Rovers, at the moment, I don't know where they are going."

"[The display against Drogheda] was a shocker. The problem I have with Shamrock Rovers is they lack identity as a team. You look at Dundalk, Cork and St Patrick's Athletic. St Pat's play an attractive style of football and everyone knows them for that. Dundalk's approach is they press really high up and play with a real intensity.

"They also can play when they have the ball. Cork City wouldn't be the best footballing team in the world but everyone know what you get out of them. They are well-organised, very physical and very strong."

Cawley claimed that the nine point gap between Rovers and Dundalk is now too much for the Hoops to challenge for the league title and pointed to their lack of goals as one of their main problems.

Cawley’s comments were echoed by another Soccer Republic panellist Stuart Byrne, although he stopped short of writing off the Hoops chances of making a late push for the title.

"I don't know what way they are trying to play," Byrne said. "However, in saying that, individually there looks to be a lack of inspiration. Attitudes aren't right. They are a football club that should be aspiring to a lot more than what they are at the moment. We need Shamrock Rovers pushing every year.

"Teams in this league need another team to aspire to and they have all the resources in the world. Unfortunately they are not maximising those resources. They are not [out of the title race]. They need to get going again. They are clinging on to that gap and need to improve." 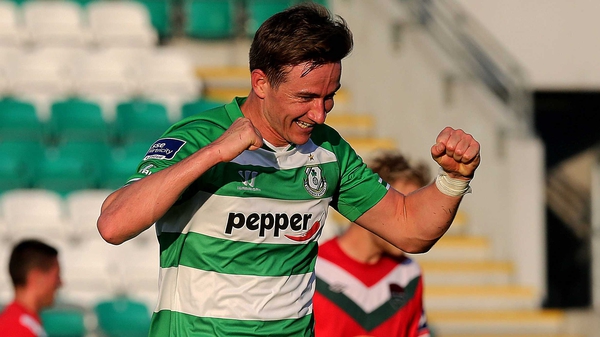