It would be “really a shame” if Sligo Rovers cannot kick on from a promising first leg and beat Rosenborg in the second leg of their Europa League second round qualifier, according to Bit O’Red boss John Coleman.

Speaking to RTÉ Sport, Coleman praised “a fantastic performance by the players” in the first leg but said this would be “meaningless” if they could not win the tie overall.

“While it was a good night, it’s all to play for, and it’s going to be a tough game,” Coleman said.

Sligo go into the second leg with a 2-1 aggregate lead, and two potentially crucial away goals, but Coleman warned of the risks of being overly cautious.

“I think if you approach it with caution, you generally invite the other team to attack. The last thing we want to do is to have Rosenborg on the front foot and attacking us.

Alan Keane on Sligo vs Rosenborg

“So, the only way to do that is to combat them higher up the pitch, and try and give them problems in their defensive third, and that’s what we’ll be intending to do.”

Coleman gave some indication of how European fever had hit Sligo, and suggested that home support would be a major benefit for his side.

“Everyone is behind us. The fans will be magnificent on the night. We’ve got to really hope that they can make the 12th man, and see us home.”

Coleman indicated that he was expecting a backlash from Rosenborg following the dismissal of manager Per Joar Hansen after the first leg, but was bullish about Sligo’s quality.

“You’d expect [a backlash]; as professional players and [with] professional pride, and the fact that they’ve seen us once now, and they’ve had a chance to assess what we’re about. And so you’d expect a different animal from Rosenborg.

“I know they’ve got quality players and I know they’re a good side, and physically they’re very good as well. But we’ve got good players.” 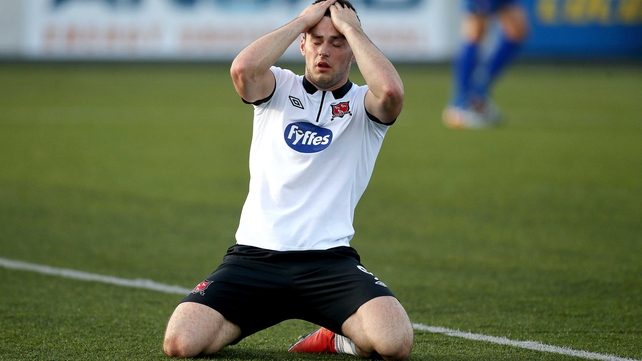 Last week, the Lilywhites suffered a 2-0 home defeat at the hands of Hajduk when goals from Igor Caktas and 16 year-old sensation Nikola Vlasic put the Croatians in the driving seat in the tie.

Dundalk were left to rue their missed chances throughout the match and know they have a tough task in Croatia tonight.

Dundalk  did bounce back on Sunday with a 2-0 win over bottom club Athlone Town to return to the top of the SSE Airtricity League Premier Division on goal difference however.

Dundalk will be without their long-term injured captain Stephen O’Donnell (knee) who remains out due to a knee injury while Keith Ward (back) is nearing a return to action.

Speaking to dundalkfc.com, manager Stephen Kenny conceded that his side have a mountain to climb in Split but insisted that he had faith in his players.

“Obviously going to Split we are facing an uphill task," he said. "Hajduk Split are a good side but we will go there and play our own game. We won’t throw in the towel.

"We had chances at Oriel Park so the tie isn’t over by any means. We’ll go there, prepare properly and give it our best shot.” 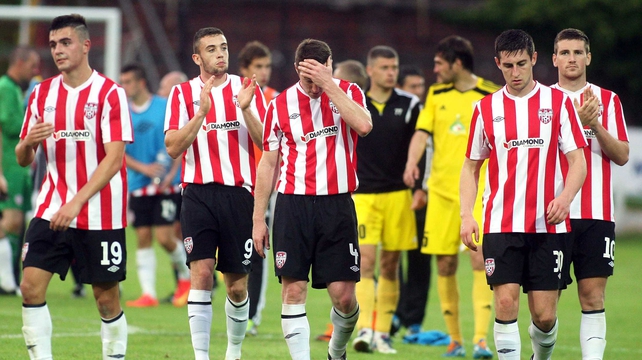 Derry City manager Peter Hutton is confident his side can overturn a one-goal deficit in Belarus.

Derry created a number of chances at the Brandywell but failed to take them and were undone by a defensive mistake.

"It’s important that we’re not naive either, particularly at the back. I expect them to try and hit us on the counter-attack because they know we need to score a goal so we need to be aware of that.”

"But the boys are 90 minutes more aware of this time and the boys will be reasonably confident."

Hutton said that Belarus was very warm but that the pitch was excellent and that his side would adopt a positive approach.

“The pitch is like a carpet. It lends itself to getting the ball down and playing it around which we like to do, so that’s perfect." 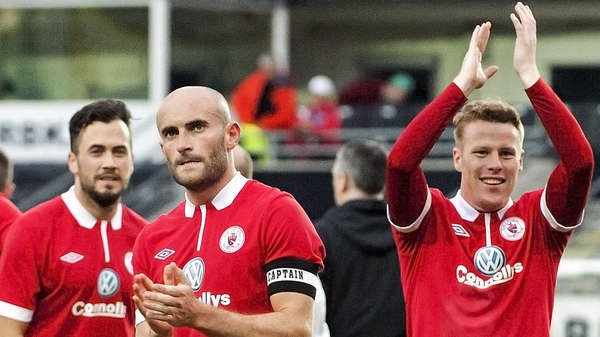 Alan Keane out to make history for Sligo Rovers