Man of the match Sean Gannon insists Dundalk can still improve, even after a five-goal thrashing of UCD that extended the Lilywhites’ lead at the top of the Premier Division table.

The Students took an early lead but goals from Patrick Hoban (2), Kurtis Byrne, Daryl Horgan and Brian Gartland secured a 5-2 win that moves Dundalk five points clear of Cork City, who have a game in hand.

Gannon told RTÉ Sport: “It was a good response from us [after] going one behind. I think we’ve shown good character all season when we’ve gone behind. As I say the main thing was the three points.

“Fair enough, we got five goals at home but we’re a little bit disappointed with the goals we conceded. At the start of the second half I think we were a bit sloppy. Obviously, just to get the win to keep us up there is the main thing.

“We know UCD are a very good side on their day, they’re trouble for anyone. We knew we were in for a tough game.” 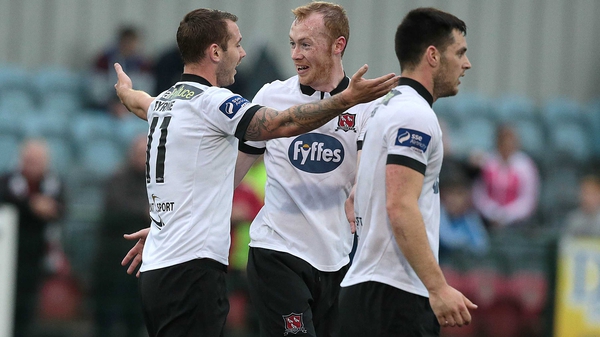