Dundalk extended their lead at the top of the SSE Airtricity League Premier Division with a comprehensive 5-2 win over UCD at Oriel Park.

While they ran out comfortable winners, it was the Students who opened the scoring with Chris Mulhall's third-minute strike.

However, goals from Patrick Hoban (2), Kurtis Byrne, Daryl Horgan and Brian Gartland secured the three points for the homes side, who move five points clear of Cork City.

The Lilywhites were coming into this match on the crest of a wave having won five games on the spin, scoring 18 goals in that time in five league games and conceding one just one from the penalty spot.

They looked unstoppable and so it was a surprise to everyone inside Oriel Park when the venue was silenced on three minutes after Mulhall bent a glorious free kick over the wall from 35 yards to ripple the back of the net. 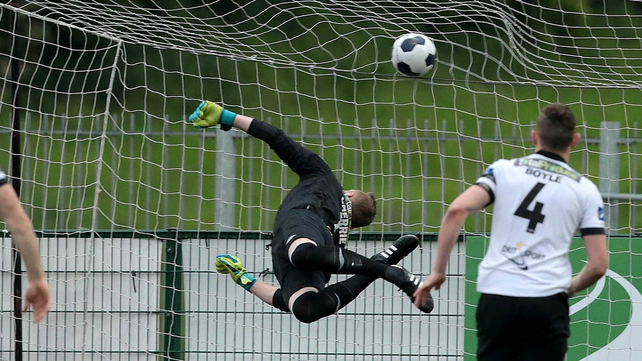 But just four minutes later the hosts had levelled matters when Kurtis Byrne lofted the ball over the top of the UCD central defenders and Hoban was on to it in a flash, bravely taking a bang from Conor O’Donnell for his troubles in heading the ball past the UCD goalkeeper for his eighth league goal of the season.

On 12 minutes they had almost completed an instant turnaround when Darren Meenan crossed from the left for Andy Boyle but the former UCD pair could not combine to hurt their former club, the latter’s header drifting just wide.

The chances continued to flow for the home side as they began to click into that familiar and formidable rhythm they have come to be associated with. Hoban spurned two decent opportunities to add to his tally, first heading a corner wide and then prodding over a Chris Shields’ cross. 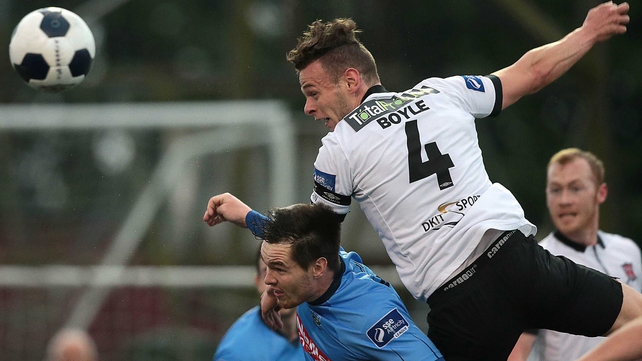 On 31 minutes, they hit the front with dead ball expert Meenan to thank with a little help from goalkeeper O’Donnell’s horrendous kick out from a back pass which gifted Dundalk corner after spinning behind him and out, allowing Meenan to cross for Byrne who nodded in.

Five minutes later, things improved further when a slip on the left allowed Dane Massey to pick out winger Horgan in the box and he reacted quickly to volley past O’Donnell for his fourth goal in successive league games.

Having hit seven against Drogheda United at this venue two weeks ago, at times UCD looked like being hit with a repeat score line. Before the break, Hoban, set to undergo meniscus surgery this month, rattled the bar with a header from another devilish Meenan corner with Gartland’s follow up being cleared off the line by Barry McCabe. 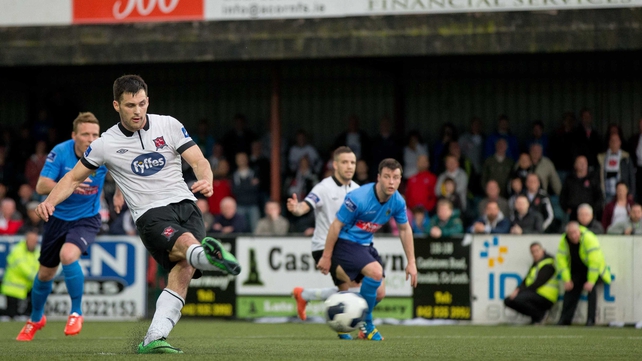 But from yet another Meenan corner, the big central defender would not be denied, Gartland rising above the pack of bodies in the box to power his header low and into the back of the net.

It was no surprise that after such a goal glut in the first half, chances were at more of a premium in the second although there was late drama when UCD pulled one back through Robbie Benson from the penalty spot with 15 minutes remaining for which Andy Boyle appeared to receive a second yellow card without being shown the line while Hoban added a late penalty of his own for The Town. 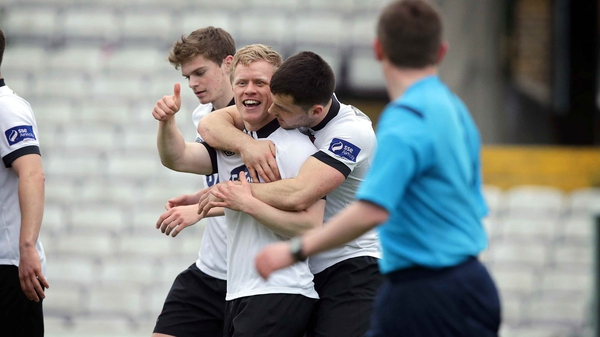