Cork v Derry
John Caulfield is hoping that Cork City’s supporters can give them the edge for the visit of troubled Derry City.

After starting the season impressively, City have suffered two consecutive away defeats, to St. Pat’s and Dundalk.

Caulfield is eager to halt that slide tonight and believes that his team’s fans can help them.

“Your character shows at times like this. Dundalk was very disappointing, but we had to take that on the chin," he said.

"St. Pat’s was a different situation; we played very well but made a few mistakes. We can’t feel sorry for ourselves, and I believe I have a group of guys who are not like that.”

“I am passionately appealing to the crowd to come out in huge numbers again. They have been fantastic this season and we really need them out early in big numbers on Friday.

"There has been a little bit of doom and gloom out there, but we are still in a very strong position. “

Darren Murphy is still sidelined with a hamstring injury, while Michael Rafter is a long-term absentee with an ankle injury.

Danny Morrissey returned to full-contact training this week, but Caulfield said that the striker is still some weeks away from a return to the side.

Colin Healy has also been battling a hamstring injury since before the St Pat’s game, but Cork are hopeful he will be available.

For Derry it’s the start of a new era, with new manager Peter Hutton taking charge of the team for the first time after the exit of Roddy Collins.

“We have had a really good week in training this week. It has all been about settling everybody down and drawing a line under what’s gone on,” Hutton said.

“As far as we as a squad are concerned that’s all in the past and we must start looking forward.

"As everybody in the country knows, Turner’s Cross is a difficult venue to get a result from, but I feel it’s the best away ground to play in. The atmosphere is always excellent and the pressure is always on the away side.”

Derry will be without the services of Rory Patterson as he serves the second game of a two-game suspension while Patrick McEleney (knee) is out and Enda Curran (concussion) will face a late fitness test. 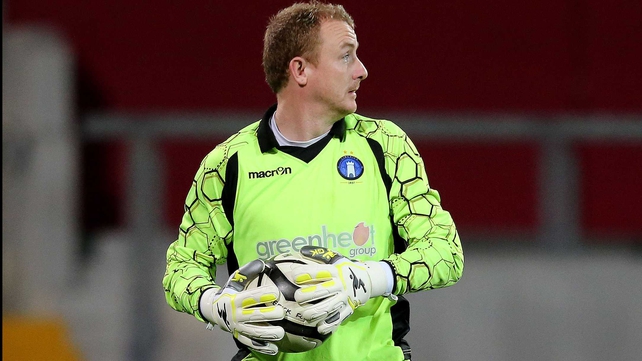 Limerick v Dundalk
Limerick manager Stuart Taylor is hoping his side can cause an upset when title hopefuls Dundalk visit Thomond Park tonight.

Limerick go into the game on the back of a harsh defeat at Bray Wanderers, where they conceded a late goal after dominating much of the match.

Tonight’s game is the first of three home games in a week for Limerick with Cork City and St Pat’s also visiting and Taylor is eager to see his side set the tone against Dundalk.

“We’re coming into three home games and we need to make sure that we pick up maximum points. They’re going to be very, very difficult. We’re playing against three of the more in-form teams in the league but we don’t fear that.” he said.

Taylor has few worries on the injury front with Barry Ryan, left-back Robbie Williams and striker Rory Gaffney coming back into contention although Samuel Oji misses out through suspension.

Dundalk meanwhile will be hoping to put the disappointment of last Saturday’s Setanta Cup final defeat behind them.

Manager Stephen Kenny said: “Last week was disappointing for all of us but I can’t fault the players. I don’t think they did anything wrong. I feel that they played very well and it just didn’t happen for us.

“We have to put that behind us now and we have to go to Thomond Park and acquit ourselves properly.

"Limerick are a very good side. They have good players and it will be a difficult game for us. Our preparation has been really good, each game is tough and we will go there and apply ourselves the way we have in every other game this season.”

Dundalk will be without their injured captain Stephen O’Donnell, who is recovering from a serious knee injury, but there are no other injury concerns and no suspensions.

The match may see manager Kenny shuffle his pack as the side aim to bounce back from the setback of losing last weekend. 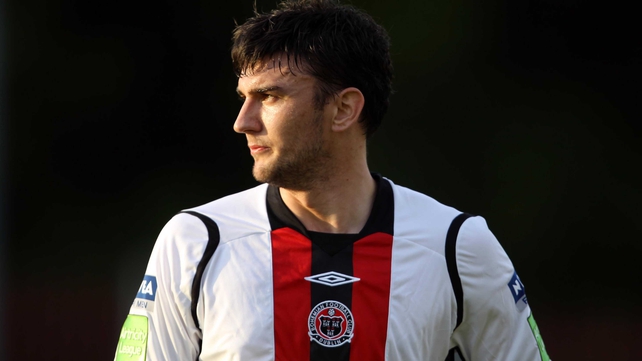 Both sides sit on 12 points, just one above second from bottom side Limerick, and a 2-1 defeat away to UCD last time out has the Louth men looking over their shoulders.

Robbie Horgan has injury and suspension issues and is without the injured pair of Michéal Schlingermann and Stephen Maher, while Alan McNally and Gavin Brennan are also absent as they serve one-game bans.

Horgan is hoping that some of his fringe players use this opportunity to press their case for a more regular first team place.

"We are lucky that despite having a small squad, it is full of strong competition for places," he said.

“When someone drops out of the team, it is an opportunity for one of the players on the bench to stake their claim.

"The training sessions over the last few weeks have been high intensity and the players are raring to go this Friday.”

The Gypsies come into tonight’s game level on points with their hosts and are hoping they can start turning decent performances into points.

With three draws in their last three league games Bohemians have proven hard to beat, including with 10 men last week, manager Owen Heary takes comfort from his side’s strong defensive performances but insists they need to get wins.

“The good thing about last week is that, with ten men, we kept a clean sheet. That’s a positive," he said.

"We took the game to UCD, we didn’t sit back, and on another night Jason [Byrne] could have had two or three goals. We can build on that, knowing that we’re playing well, we’re doing things right.

“We need wins, and we go out for every game aiming to win. Friday’s game will be no different.”

Central defender Roberto Lopes is suspended following his contested sending-off against UCD and Aidan Price (quad tear) is unlikely to be fit for selection.

Meanwhile, Anto Murphy (hamstring) is back in full training and made a brief subsitute appearance against St Patrick’s Athletic in the EA Sports Cup ten days ago, but he may not be fit to start. 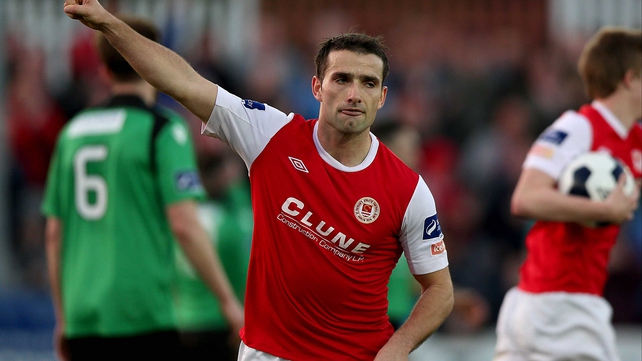 UCD v St Pat’s
UCD host the reigning champions St Patrick’s Athletic, and believe they can cause a big upset at the Belfield Bowl.

After a thrilling match earlier in the season which saw St Patrick’s Athletic come out on top with a 3-2 victory courtesy of a last minute goal from Christy Fagan. UCD manager Aaron Callaghan will be hoping for a similar performance this time round from his players.

“In the previous match against St Patrick’s Athletic I thought we played extremely well and were a bit unlucky not to pick up a result against a very strong side," he said.

"In recent weeks our form has begun to improve again and we are hoping for another good performance.

"Despite everyone rating us as underdogs going into the game I think we have every chance of picking up a good result.”

Callaghan’s squad will be tested however as injuries continue to hit the Students. Ayman Ben Mohamed (Knee) and Dean Clarke (Back) will remain out for UCD, while Tomas Boyle will join them on the sidelines after he picked up a hamstring injury.

Cillian Morrison and Ian Ryan will face late fitness tests ahead of the game but both are hopeful of being involved.

St Pat’s come into this game as table toppers, having won six of their last seven league games.

Manager Liam Buckley is expecting more of the same against the Students and told stpatsfc.com “We’ve been going well in recent weeks, and a lot of credit must go to the players for their hard work both on and off the pitch.

"However we’ve got to keep going to stay in the mix near the top of the table, and that means we focus fully on UCD on Friday night.”

“Aaron Callaghan has got his side settled now and they are definitely taking shape in the way he wants them to perform.

"They’ve picked up a few results lately so we know it’ll be a tough game, however our lads are keen to get out there again after last week’s great win so we’re all looking forward to Friday.”

In team news, Buckley confirmed that Derek Foran (knee) remains out injured, while Mark Quigley has returned to training now as he works his way back to full fitness.