Cork City picked up their third win of the new SSE Airtricity League Premier Division season in comfortable fashion when they cruised to a 3-0 victory over Athlone Town at Lissywoollen.

The hosts were very competitive in the first half and were somewhat unlucky to concede a close range goal to Mark O’Sullivan just before the break.

However, the visitors moved through the gears in the second period and even though it was two long balls that resulted in goals for Billy Dennehy and Liam Kearney, City always looked the slicker and more potent going forward and frequently threatened their hosts on the break.

For long stretches of the first half it looked as if this would be the night that Athlone would pick up their first positive result of the new season.

The midlanders competed aggressively for loose possession around the middle and in James O’Brien, they had a livewire playmaker who always looked to put his side on the front foot.

City had their moments too in the early stages, particularly when Darren Dennehy got good purchase on a Billy Dennehy cross and only missed the far post narrowly with a tenth minute header, but the home supporters had more to shout about, forcing four corners and plenty of half chances in the opening period.

Philip Gorman’s physical presence was a constant threat but his high work rate and combative approach was not matched by accurate finishing and he was off target with both a header and a close range shot from a tight angle, the best opportunities that Athlone could muster.

In a game with little to call between the sides, a mistake was always a potential source of the first goal and that was partially the case when Athlone failed to deal with a left wing cross in the 43rd minute and instead only deflected play out to the far wing.

Billy Dennehy took control and hit a glorious delivery behind the back four and when Town custodian Paul Skinner hesitated, Mark O’Sullivan pounced to scoop the ball home from the six-yard line.

Athlone briefly started the second half with intent and tempo, and within seven seconds of the restart O’Brien had cut his way into the Cork City half and got a shot away, though he missed the target by a considerable distance.

A minute later, however, their hopes were all but crushed when again, a failure to deal with a long ball over the top saw Liam Kearney slip the ball past the keeper, enabling Billy Dennehy to touch in an easy goal to double the lead.

Athlone continued to press for the duration of the second half and at times they looked lively in possession, but the City defence held firm and Mark McNulty never had to deal with anything that would have tested him too severely.

Cork moved the ball about well on the break and they got plenty of joy down both flanks but when their third goal did come, yet again it was from a long ball over the top.

This time Kearney was on the end of a hacked clearance and as he bore down on goal and saw Skinner advancing, he did not hesitate to blast the ball into the roof of the net from ten yards out.

This victory sets up a top of the table clash between City and Shamrock Rovers next weekend, while for Athlone a trip to Drogheda is on the agenda as they look to break a run of five defeats in a row in league and cup. 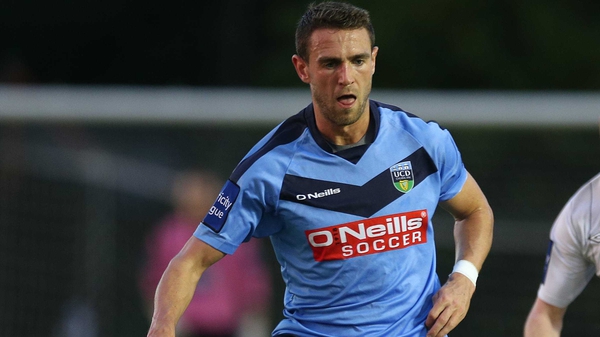