Holders Shamrock Rovers and Drogheda United will play a replay of the last two years’ finals in the second round of the EA Sports Cup.

Rovers versus Drogheda is arguably the stand-out tie of the draw. Drogheda won the 2012 encounter 3-1 and the Hoops won 2-0 in the 2013 final.

The second round is broken into four regional pools, but the eight teams who qualify from this round for the quarter-finals will be in an open draw.

Second-round matches will take place on Monday, 5 May and Tuesday, 6 May with dates and kick-off times to be confirmed later.

The draw is as follows: 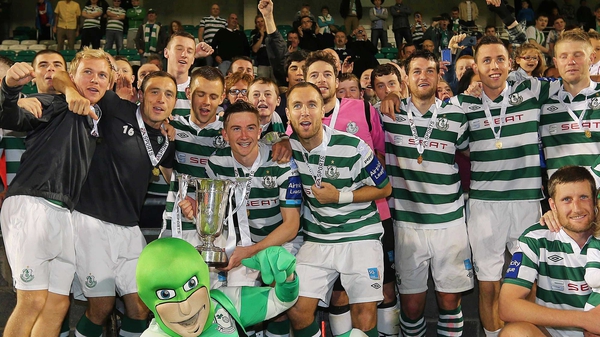