Alex Oxlade-Chamberlain hit a second-half double as Arsenal returned to the top of the Premier League with a 2-0 win over Crystal Palace at the Emirates Stadium.

The 20-year-old midfielder - fit again following five months out with a knee injury suffered on the first day of the season - opened the scoring when he chipped in a fine pass from Santi Cazorla just after the restart.

Oxlade-Chamberlain then struck again to make sure of victory when he combined with Olivier Giroud before running clear to beat Julian Speroni after 73 minutes.

Arsenal now move two points above Manchester City, who host third-placed Chelsea on Monday night, while the Eagles remain in a dogfight for survival, just a point above 18th-placed West Ham.

Gunners boss Arsene Wenger had recalled both Oxlade-Chamberlain and Lukas Podolski into the starting XI from Tuesday night's frustrating 2-2 draw at Southampton, but there was no place in the squad for deadline day loan arrival Kim Kallstrom, the Sweden midfielder out with a back problem.

Palace signed several players late on Friday, so only goalkeeper Wayne Hennessey was in the squad, as forward Marouane Chamakh faced his former club.

Arsenal created the first opening on eight minutes when Mesut Ozil's lofted pass picked out left-back Nacho Monreal on the overlap, but Speroni was out quickly to save.

At the other end, Chamakh - allowed to leave by Wenger in the summer following an unsuccesful loan spell at West Ham - got clear of the Arsenal defence, but a heavy touch saw the ball spin through to Wojciech Szczesny.

Palace are a much-changed unit under Tony Pulis and remained discplined as Arsenal had more possesion.

Arsenal felt they should have been given a penalty when Giroud was held by Nile Jedinak at a corner, but referee Jon Moss was not interested.

Ozil's floated 25-yard free-kick was glanced on by Laurent Koscielny and the ball looked to be dropping into the bottom corner, but Speroni made another good save at full stretch.

Palace were happy to interrupt Arsenal's flow at every opportunity, and Chamakh was shown a yellow card on 42 minutes for another niggling foul on Ozil.

Arsenal finally broke Palace's resistance with a well-made goal two minutes into the second half.

Cazorla picked up the ball on the right and lofted over a perfectly-weighted pass into the penalty area where Oxlade-Chamberlain arrived on queue to chip the goalkeeper for his first goal of the season.

Arsenal, though, had Szczesny to thank for keeping the scores level as the Polish international threw himself towards the near post to somehow block a diving header from Jerome at point-blank range.

The home side headed the warning and were soon back on the offensive, Podolski firing into the side-netting.

With 18 minutes to go, Podolski came off for Tomas Rosicky - fit again following surgery on a broken nose suffered at Aston Vila.

Moments later, the Czech playmaker had a hand in Arsenal's second as he fed Oxlade-Chamberlain in the centre-circle.

Oxlade-Chamberlain - who scored against Brazil in the Maracana in June - exchanged a neat one-two with Giroud before charging on into the right side of the penalty area and then beating Speroni for a second time with a low shot into the bottom right corner after 73 minutes. 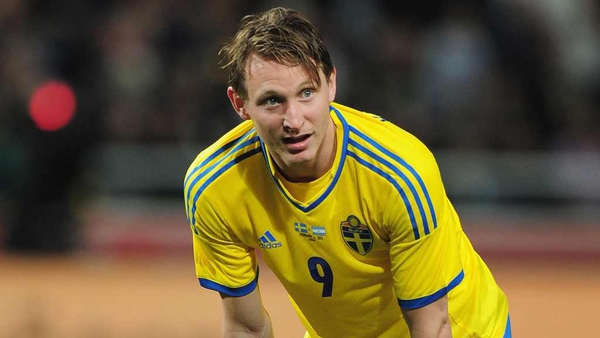