The consortium hoping to complete a takeover of Leeds this month have confirmed the deal has collapsed.

Sport Capital, headed by the club's current managing director David Haigh and Andrew Flowers, the managing director of their main sponsors, Enterprise Insurance, had agreed the terms of a buy-out with owners Gulf Finance House on 30 November.

But talks between the two parties reached an impasse when Sport Capital submitted a revised offer for 75 per cent of the club's shares after completing due diligence and Haigh has now revealed some financial backers were unable to deliver.

Haigh said in a statement: "As fans know, we signed a share acquisition agreement with GFH Capital at the end of last year. This meant, I believed, that we were in a position to move things forward and complete the transaction in time for the January transfer window.

"Throughout every stage of the process we sought to keep fans as fully updated as possible on the progress of the negotiations.

"I can personally assure each and every supporter that every public statement made regarding the acquisition was made in the utmost good faith.

"Unfortunately, however, some of the consortium's backers ultimately didn't feel able to deliver the financial backing we had hoped was agreed to take the club forward.

"Despite this, the future of this club remains the most important thing to me personally and I remain totally committed to putting the right team and backing in place to ensure that Leeds United can move forward."

Haigh, who joined the board at Elland Road when GFH completed their takeover at Elland Road in December 2012, is still hoping to attract new investors.

Cagliari owner Massimo Cellino has been in talks with the club in recent weeks. His representatives have been seen at the club's Thorp Arch training complex and reports in Italy said he was close to completing a takeover.

Another British consortium is also keen to take control of Leeds, who are searching for the right backers to help lift them back to the top flight for the first time in 10 years.

Former managing director of Manchester United International Mike Farnan heads a British-based group who had an offer turned down in November. 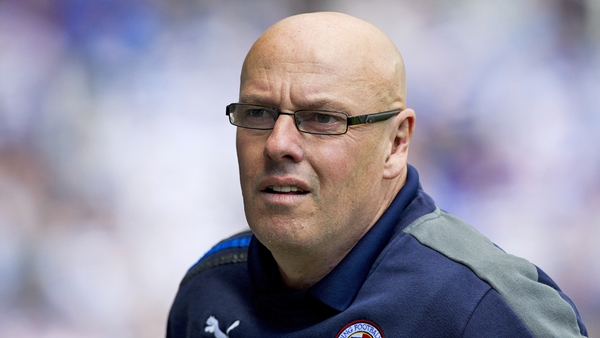