Chelsea have completed the signing of Mohamed Salah from Basle.

The Blues announced on Thursday night the signing of the 21-year-old Egyptian winger, subject to the agreement of personal terms and the signing of a medical.

And, before Sunday's FA Cup fourth-round tie with Stoke, the club confirmed the deal has been concluded.

The deal is for a reported fee of £11million as Chelsea signed the forward ahead of Liverpool.

Once it was clear Juan Mata was to join Manchester United, Chelsea boss Jose Mourinho began looking for a replacement and Salah immediately came to mind.

Speaking on Friday, Mourinho spoke of his admiration for Salah, the potential of the player and said the Blues made their move quickly.

"I like the fact that he can play the same way our attacking players do, which is players with adaptability, to play right, left, or behind the striker," Mourinho said.

"He's young, he's fast, he's creative, he's enthusiastic. When we analysed him he looks the kind of humble personality on the pitch, ready to work for the team and to work and to adapt himself to a new life.

"We believe if he comes that he will have a similar process to the Willian one. Willian needed two or three months to grow up and to feel comfortable playing for us (following his August signing from Russian club Anzhi Makhachkala).

"We think with him and (Andre) Schurrle, (Eden) Hazard, Oscar and Willian we will be fine.

"We lose an experienced top player like Juan, but we bring in a young player with great potential.

"Willian did that transition from his previous world to the top world of football. Hopefully, if Salah comes, he can do the same.

"He has some experience in Europe, the Europa League, Champions League, so he's not a naive boy arriving in the jungle.

"Hopefully he comes and hopefully with the talented players we have around in the same positions we all can develop together."

Mourinho believes Salah is joining the right club to grow as a person and as a player after he was caught up in controversy during his time at Basle. 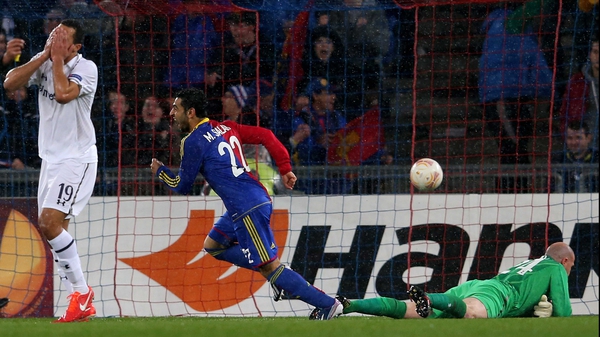