Celtic manager Neil Lennon has demanded striker Georgios Samaras makes his mind up on a new deal so that he can finalise his January transfer plans.

The Greece international is out of contract at the end of the season but the Hoops have tabled a new two-year offer in the face on reported interest from Atletico Madrid and Turkish outfit Trabzonspor.

But Lennon still has no clear idea of the 28-year-old's next move and admits the delay is causing him concern as he looks to strengthen his side now with an eye to bedding in new signings ahead of next season's Champions League qualifiers.

The Parkhead boss, who will meet Samaras at the club's Lennoxtown training base on Tuesday after the former Manchester City frontman was allowed to return to Greece while Lennon took the rest of his squad to Turkey for a winter mini-tournament, told various newspapers:

"We need an answer because that will define how the rest of the month will pan out. We've given him time, he's been a great servant.

“It's been a tough few months for him. Georgios has had the chance to go home to Greece, clear his head and make a decision.

"There is other interest in him. I've not had direct contact with any club but there is interest. We're hoping it's not a case of him staying now and going in the summer."

Lennon has already drawn up a list of other targets and is keen to bring in Stromsgodset playmaker Stefan Johansen.

He added: "We've been in talks with Johansen's club and representatives and I hope we can get something sorted in the next few days.

“We've not made a bid on any strikers and a lot will depend on what happens with Joe Ledley and Samaras." 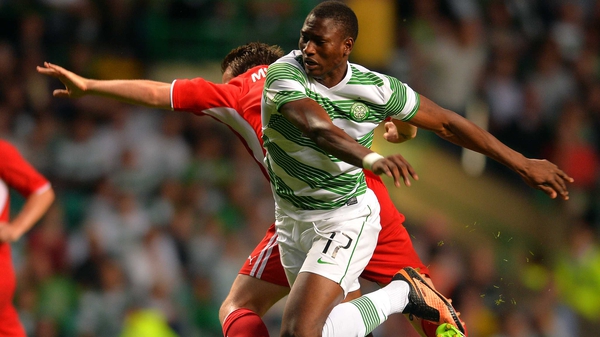