FIFA president Sepp Blatter has warned players who dive that they are failing as role models and has called on referees to use the full force of the law to punish simulation.

Referees can already caution players for diving – Chelsea manager Jose Mourinho backed the decision to book his midfielder Oscar against Southampton on Wednesday and called on other officials to follow suit and "kill this situation".

There have been 13 cautions for diving in the Premier League so far this season, including three for Manchester United's teenage midfielder Adnan Januzaj alone.

Blatter said he finds diving for free-kicks and penalties or feigning injury "deeply irritating" and pointed out match officials have other powers available to them.

In his column in FIFA Weekly, to be published on Friday, Blatter said: "Cutting out this kind of cheating is a matter of respect towards opponents and fans, and ultimately one of self-respect as a professional and role model.

"In recent years football has become increasingly fast and direct, thanks in part to deliberate technical adjustments.

"The longest breaks in the game nowadays are almost exclusively the result of dives, simulation and play-acting to feign injury.

"This kind of thing is treated with scorn in other sporting disciplines but it has become a normal and accepted part of football nowadays. Even though simulation is incredibly unfair and looks preposterous when viewed in a replay, some people regard it as smart or in the worst case as a harmless misdemeanour.

"This includes the winning of controversial penalties by extravagant diving in the box."

He added: "I find this deeply irritating, especially when the (supposedly) half-dead player comes back to life as soon as they have left the pitch. The touchline appears to have acquired powers of revival which even leading medical specialists cannot explain."

Blatter said officials should continue with play unless there is a serious injury and said an unofficial 'time penalty' could be imposed as referees can make a player wait on the touchline for a considerable time before he is allowed to rejoin play.

He said: "The ball is in the referees' court. The instructions are now clear on this matter: if a player is lying on the floor, the opposing team are not required to put the ball into touch.

"The referee should only intervene if he believes a serious injury has occurred.

"When a 'stricken' player seeks to return to the field of play immediately after being taken off, the referee can make the player wait until the numerical disadvantage has had an effect on the game.

"In practical terms this amounts to a time penalty – and it could cause play-actors to rethink." 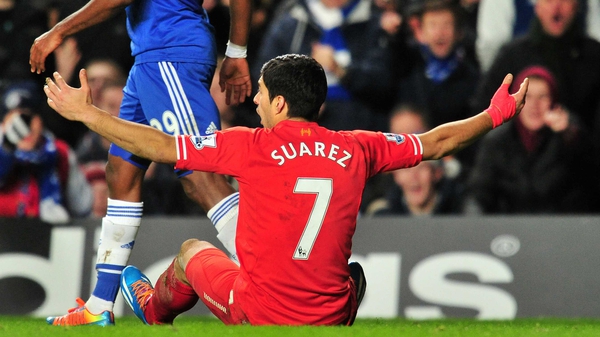