St Patrick’s Athletic can take another step towards the Airtricity League Premier Division title tonight when they travel to face UCD at The UCD Bowl.

Sligo Rovers’ draw with Cork City on Monday evening has left Liam Buckley’s side in the driving seat as the title race enters the final furlong and 71 points is the target as they face their final four games of the season.

The Saints’ recent league record against Martin Russell’s side has been impressive of late, with Liam Buckley’s side having recorded four wins and a draw in the manager’s second spell with the Inchicore side.

However, the games between the sides in the Belfield Bowl have been tight affairs, with Pat’s claiming a 1-0 win back in April thanks to an Anto Flood goal, while UCD earned a 1-1 draw in the mid-season clash in 2012 when Robbie Benson cancelled out a first half goal from Chris Forrester.

The outstanding match between Derry City and Shelbourne, which was postponed at the beginning of September after two Derry players received late call-ups to the Republic of Ireland and Northern Ireland Under-21 squads, will take place at the Brandywell.

Shelbourne’s draw on Monday night against Drogheda United was enough to lift them off the bottom on goal difference at the expense of Bray Wanderers while Derry City are now fifth after their defeat in Dundalk.

Derry have won the two meetings between the sides this season and will leap over Shamrock Rovers back into fourth place if they avoid defeat. 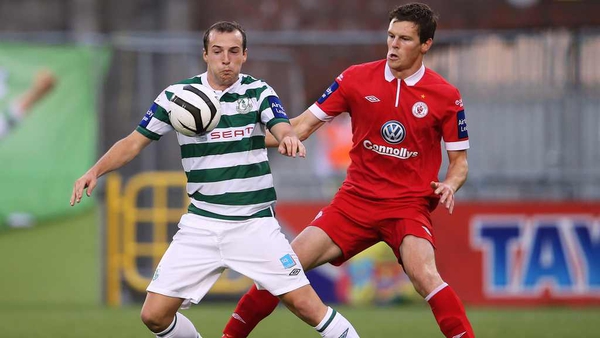 Pat Morley: Clash of the Rovers will go the distance