Airtricity Premier Division leaders St Patrick’s Athletic can extend their advantage at the top to six points for at least 24 hours if they beat Bray Wanderers in tonight’s game at the Carlisle Grounds.

Bray Wanderers are also in need of points as they lie in 11th place just one point ahead of bottom side Shelbourne and they go into the game without a win in their last 12 league games.

St Pat’s travel knowing they have won on their last five visits to the Carlisle Grounds and have won the three meetings between the sides in the league and FAI Ford Cup.

Bray have no injury worries as Danny O’Connor (knee) returns along with Dean Zambra while St Pat’s have Greg Bolger available after suspension but Kenny Browne is out with a one match ban.

Shane McFaul is back in training after an ankle injury and could feature but Stephen Maher is out for the rest of the season with a broken leg.

“Bray will be no pushovers tonight. They’re fighting for their lives at the moment, the tv cameras will be there on the night too, so they’ll be going for the win,” Bolger said.

“We’ve had some really tough games out there this season, and the last day I thought we played poor enough and Bray were unlucky not to get something out of the game.” 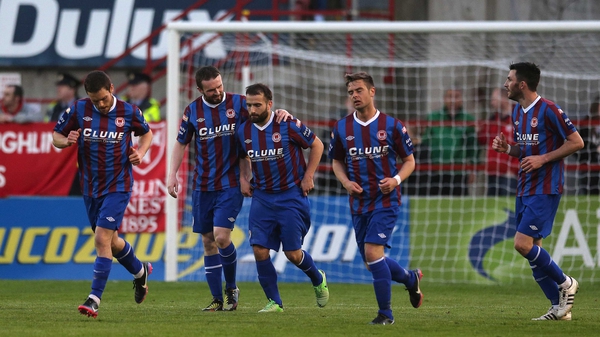