Zlatan Ibrahimovic netted after just 27 seconds to lead Sweden to a 1-0 win over Kazakhstan in a World Cup qualifier to consolidate second place in Group C.

Ibrahimovic stunned the Kazakh side when he scored seconds into the match following a lightning counter-attack with a low strike into the far right corner. It was Sweden's fastest goal since Hjalmar Lorichs scored 12 seconds into a friendly against Finland in 1912.

Kazakhstan attacked down the flanks but failed to trouble Swedish keeper Andreas Isaksson.

Ibrahimovic had several opportunities to put the game out of reach but the PSG striker wasted several chances from free kicks around the penalty area.

"We didn't play quite as we wanted but I honestly don't care about that now," Sweden coach Erik Hamren told Kanal 5.

With Austria due to host Ireland and Germany playing the Faroe Islands tonight, the result strengthened Sweden's grip on second place in the standings with 17 points.

Germany lead the group on 19 points, with Austria in third on 11 points. 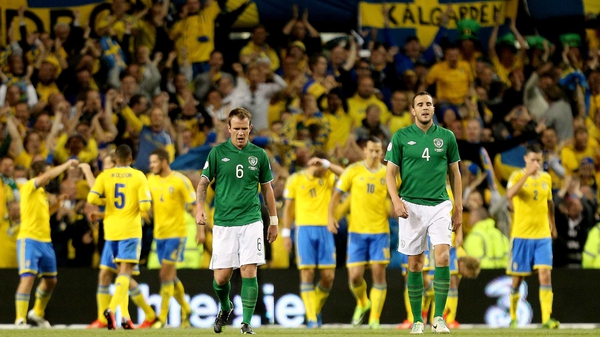