Steven Defour and Kevin Mirallas scored to lift Belgium to a 2-0 win over Scotland in Glasgow which kept them firmly on course to top World Cup qualifying Group A and secure a place at next year's finals in Brazil.

Belgium struck after 38 minutes in torrential rain at Hampden Park when Marouane Fellaini surged through the middle before releasing Kevin de Bruyne down the right and his cutback was clipped in superbly from 10 metres by Defour.

Fellaini, playing his first match since his 27.5 million pounds ($42.98 million) transfer from Everton to Manchester United, was heavily involved in midfield and got booked for a clumsy tackle.

Substitute Mirallas settled the match two minutes from time with a cool left-foot finish from 10 metres and the Belgians lead the group standings by five points from Croatia, who drew 1-1 in Serbia, with two matches left. 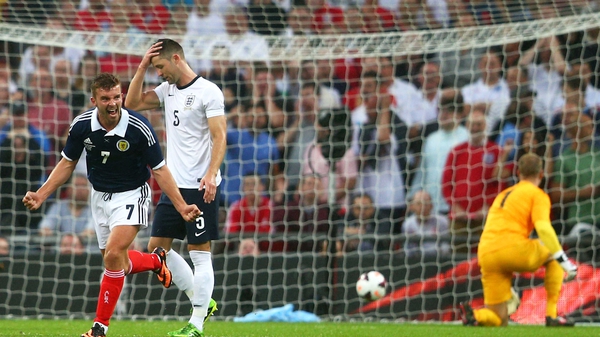