An Irish soccer fan has bought the Australian TV rights for the World Cup qualifier against Sweden to ensure supporters Down Under do not miss the crunch clash.

David Feeney said he was so frustrated at not being able to watch his team on television that he decided to buy the rights himself.

Originally from Dublin, Feeney contacted a friend involved in broadcasting in Ireland before making a bid to Kentaro, the German media company that owned the broadcast rights.

"They said my bid was too low, but that it was close, then I raised (my) bid and they said OK," said Feeney, who has partnered with a horse-racing channel to show the match via a closed-circuit system at a number of venues across Australia.

Feeney has also secured England's qualifier away to Ukraine.

He has used his home as security to borrow the money to buy the rights - costing "in the tens of thousands of dollars".

The Dubliner says the hardest person to convince in the whole process had been his wife.

"She was hardest to convince all right, but we have an agreement that if the venture makes any money, she gets to keep it," he said. 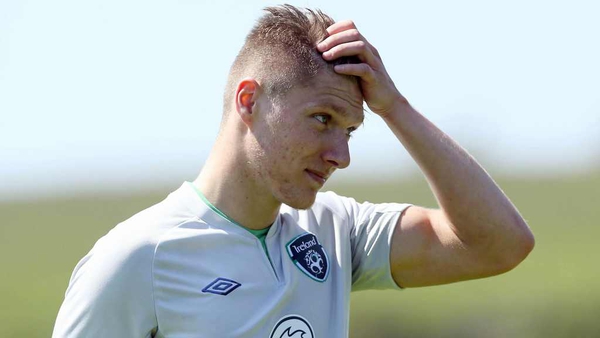 Jeff Hendrick is out of Republic of Ireland squad with injury