Goalkeeper:
Brendan Clarke (St Patrick’s Athletic)
The 3-0 scoreline that saw St Pat’s beat Bray for a place in the quarter-finals suggest that Clarke may have had an easy night is a misleading one. The Saints were under pressure for a good deal of the game and Clarke had a busy night in goal. With his side leading by a single goal, he produced a stunning save to deny Kieran Marty Waters when a goal looked certain and then acrobatically tipped over a free-kick to deny Gary Webster.

Defenders:
Gavin Peers (Sligo Rovers)
Peers played a vital part in Sligo's 1-0 win over Cork City and did well to force his way past several Cork defenders to nod home the only goal of the game on 56 minutes. A mainstay of Rovers' defence since he signed for the club in 2006, the Dubliner was able to deal with the threat of a lively City attack on several occasions and was a cool head in the closing stages of the game as Stuart Ashton's side chased an equaliser.

Peter Sherlock (Bluebell)
Few people gave Bluebell any chance against Derry City but the Leinster Senior League side held out against fierce pressure and centre-back Peter Sherlock played a big role in holding the Candystripes to a 0-0 draw in their first match, putting in a man-of-the-match display. He was equally as impressive at the back in their replay and was a big threat aerially from dead balls. His finest moment came in injury time of that replay when he scrambled home a goal to give his side hope but they were unable to find a second goal, losing 2-1. 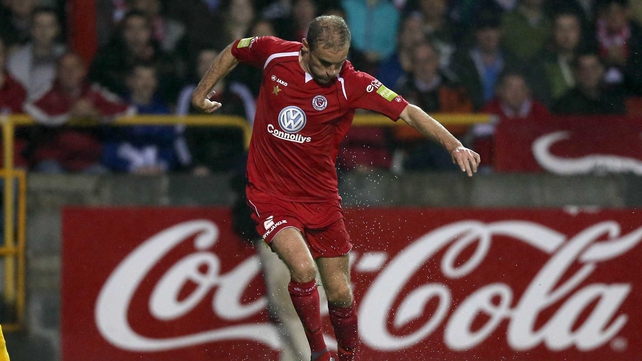 The physical full back was one of the stand out performers for Sligo and after a lean spell, Keane appears to have recaptured his best form, Constantly looking to get forward at every opportunity and looking assured defensively, Keane, along with winger Kieran Djilali, gave Cork left back Danny Murphy plenty to worry about throughout the game.

Midfield:
Peter Moreland (College Corinthians)
The right winger was a constant thorn in Shelbourne’s side as his skilful feet frequently unsettled the home side. The only blot on his copybook was the fact that he lacked a little composure when presented with two half decent chances, but on a night when his side may consider themselves unlucky, Moreland really stood out.

Richie Towell (Dundalk)
The former Celtic player has become one of the finest midfielders in the country with his performances for the Lilywhites this season and he turned in another fine display as his side overcame Limerick. Playing in a more advanced role against Limerick, he scored a fabulous goal to put Stephen Kenny's side 2-1 ahead in the first-half but once again is was his passing and vision that made the difference.

Dave O'Leary (Limerick)
Despite his side getting overrun by a Dundalk side in a rich vein of form for much of the night, the young midfielder kept trying to play football the right way and looked neat and tidy throughout. It was his deflected half volley that led to Limerick's third goal but at that stage it was too little, too late. 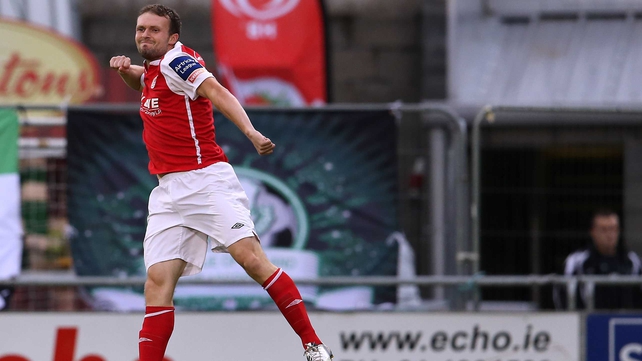 Byrne has been one of the most consistent performers for the Saints this season and again made his mark against Bray. A constant threat down the right side, his cross helped to set up the game’s opening goal and he scored the second at a time when it looked as is the hosts were going to work their way back into things.

Forwards:
Kurtis Byrne (Dundalk)
One a night when his side bagged five goals, Byrne was the most impressive attacker on display. His link up play was solid throughout and he helped to set up Richie Towell for his goal with a clever flick, and Byrne was just as lethal in front of goal. His first came courtesy of fine free-kick from 25 yards out that gave Barry Ryan no chance in the Limerick goal before some fancy footwork gave him the space he needed to score his second of the game.

Dean Kelly (Shelbourne)
As he did in the last round against another Cork non-league side in Bandon, Kelly showed his predatory instinct to head what proved the match winner early on. Full of willing running, Kelly was always striving to stretch the defence and find and extra yard of space as he kept the Corinthians defence busy all evening. 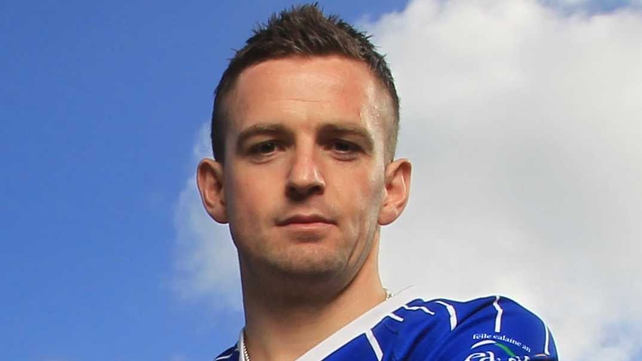 On the mark in his side’s draw with Cobh Ramblers and in the replay, the Finn Harps legend continues to be as lethal in front of goal as he ever was. Now 33 and perhaps lacking that extra yard of pace, McHugh’s predatory instincts remain as sharp as ever. A clever lob in the 1-1 draw at Finn Park and a coolly converted penalty in the replay got McHugh on the scoresheet but his all around play remains very impressive.