The current Airtricity League leaders secured a 2-2 draw in the first leg in Lithuania, with O’Brien’s late strike giving the Saints a great chance to progress to the second round of the Europa League.

O’Brien told RTÉ Sport: “The tempo tends to be a lot higher, they moved the ball well in the first half, they made us do a lot of running and with the weather being what it is it’s certainly not ideal when that’s happening.

“But there is a lot more added pressure, which is great from a playing point of view. It’s perfect because when the rewards happen, they are even sweeter."

Zalgiris also sit on top of their league table but O’Brien is hoping to build on his side’s impressive home form.

He said: “I think it’s nine [domestic games] unbeaten at home so we want to continue that.

"Any type of result that favours us, once it’s not a 3-3 draw, will probably see us through to the next round but I’m certainly confident going into the game.

"I know that lads are looking forward to it and hopefully in can be another special night in Inchicore.” 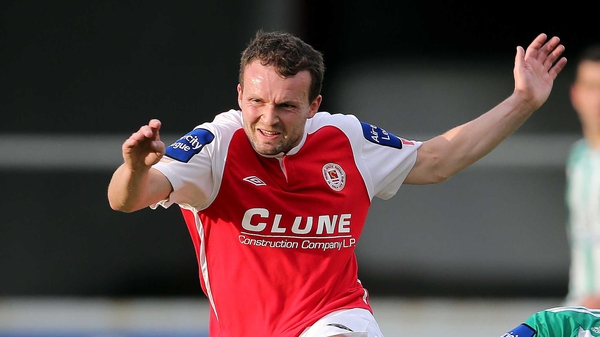