The Portugal captain has created something of a storm over the past fortnight, after admitting his "sadness" at his situation with the Primera Division champions.

With untold riches to his name and 150 goals in 149 games for the club on his record, few can understand the route of Ronaldo`s turmoil, but Laporta has crossed the divide between the two old rivals to say that he can.

He told AS: "I don`t know why he is sad. Everyone is on his back. I understand the lad is under a lot of pressure. He`s human and everyone is affected by what goes on around them.

"It happened to me, where you say something because you really feel it and then you see it have major repercussions.

"I think Cristiano is a fine professional. Madrid will ensure he gets his happiness back and feels as good as he can. It's obvious that he lives under enormous pressure and that is not easy.

"People have said a lot of things that aren't fair to him for the professional he is."

It is not just Ronaldo to have been showered in Laporta`s praise either.

Madrid boss Jose Mourinho has few friends at the Nou Camp, especially after he poked now manager Tito Vilanova in the eye, but Laporta is an admirer.

"Mourinho is a great professional," he added. "He said he`s sorry for what happened with Tito and I think it did him good. I liked that a lot because I believe he is a good professional and I admire him for moving on."

Laporta was the elected president of Barcelona between 2003 and 2010, a period during which the club won 11 major trophies, including four league titles and two Champions Leagues. 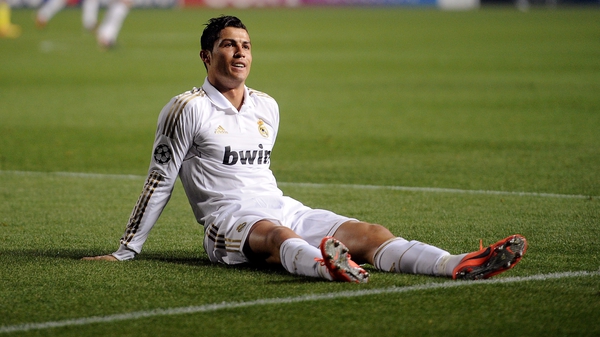 "Sad" Cristiano Ronaldo insists he is committed to Real Madrid's cause