Croatian manager Slaven Bilic has refused to name his starting team for his side's opening Euro 2012 game against the Republic of Ireland until Sunday evening.

Bilic said that he knows the 11 men that will start the game against Ireland in Poznan on Sunday night, but will not reveal the team out of respect for his players.

He said: "I don't want to say my team. I think, on a matchday, when I have to say the line-up. Many journalists from Ireland already ask me."

Bilic added: "It doesn’t mean much to me. It's just a small psychological game. So, I know already my squad. I don't want to say it now. I have to respect my players."

In contrast to Bilic, his opposite number Giovanni Trappattoni was confident enough to name his side almost a week ago.

Bilic is not expecting any surprises from Ireland and is confident of victory if Croatia match the standards they have set since he took charge in 2006.

He said: "I follow the Irish team and I know everything about them. They play very good football but it is very simple so, objectively, they are not such a heavy team to analyse.

"But maybe we have some surprise that I can’t repeat to you. We have to play a huge match. If we play as well as we can tomorrow we will win."

Bilic was in bullish mood and was not too keen to speak at length about Ireland and preferred to focus how his team could upset on Spain and Italy.

He said: "I don’t want to spend any more words about the Irish team They are not top team but I said everything.

"We still have to play against Italy and Spain. We are focused a lot. What we are thinking about is to play our best, to do our best. It's three matches.

"The first match is very important. We have to do it really well because our nation is really full of emotion. If we get three points tomorrow everything will be so much easier." 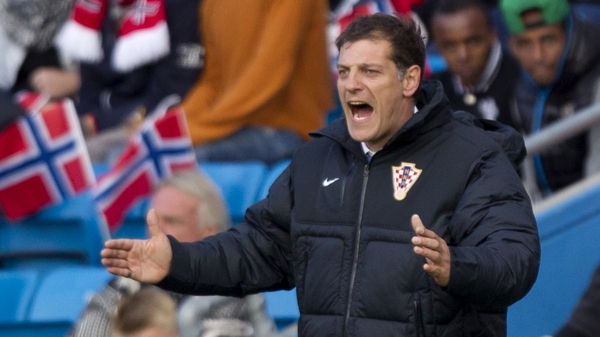