Sligo Rovers have announced the appointment of Ian Baraclough as the club’s new manager.

The 41-year-old joins Sligo Rovers after the unanimous approval of the club’s interview board as the outstanding candidate for the Bit o‘ Red job.

The former Scunthorpe United boss takes over from Paul Cook, who left Sligo to take over at Accrington Stanley. Much will be expected of the new manager, with the north west club expected to mount a strong challenge for the 2012 Airtricity Premier Division title.

Following his appointment, Baraclough said joining Sligo Rovers is an exciting challenge and one that he is relishing.

"I’m looking forward to it. It’s a fantastic opportunity and I‘m very thankful for the chance.

"The club has had a magnificent four or five years and moved to a very high level, one that I want to continue. It’ll be a tough job to carry it on but I’m determined to do it.

"Timescales are not helping in terms of the league starting but there is nothing that can be done about that now and I just want to get down to work with the group of players.

"There is a keenness about the club and I think we want to show that this is where the club belongs. We want to make a massive effort to move the club further forward and bring more success to Sligo Rovers.

"The season begins on Friday night and I can’t wait to get started." 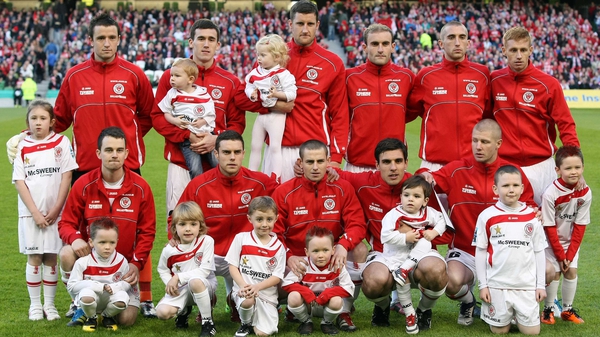