The move clears the way for the Derryman to be included in the Republic of Ireland squad which will be announced on Friday for the upcoming friendly against the Czech Republic.

McClean has made a sensational starts to his Sunderland career and was previously a Nothern Ireland Under-21 international but has opted to declare for the Republic.

However there had been concerns that delays in the paperwork confirming his eligibilty for Giovanni Trapattoni's squad could prevent any such call-up.

Should McClean be named in Trapattoni's squad, Derry City will be due a financial windfall as part of the deal that took him from the Brandywell to Sunderland.

Derry chairman Philip O'Doherty said: "Yes part of James’ deal to Sunderland we have a clause in it stating we would receiving a certain sum of money if he received any international caps.

"James is playing really well wait at the minute and I think they (Republic of Ireland) would be mad if they didn't call him up for a friendly." 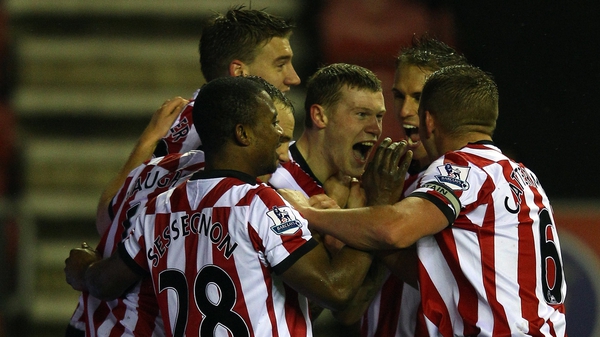