The English Football Association has called on FIFA to postpone tomorrow's presidential election.

FA chairman David Bernstein also wants FIFA to appoint an independent body to supervise reforms after the revelations and accusations of the last month that have caused a crisis in the world governing body.

Bernstein said in a statement: ‘On May 19, 2011 the Football Association announced it would be abstaining in the forthcoming election for the FIFA presidency.

‘There were two main reasons for this decision. First, a concern, that a series of allegations relating to FIFA ExCo Members made it difficult to support either candidate.

‘Secondly, a concern about the lack of transparency and accountability within the organisation, contributing to the current unsatisfactory situation.

‘Events of the last few days have reinforced our views, and we call on FIFA and ask other national associations to support us with two initiatives.

‘First, to postpone the election and give credibility to this process, so any alternative reforming candidate could have the opportunity to stand for president.

‘Secondly, to appoint a genuinely independent external party to make recommendations regarding improved governance and compliance procedures and structures throughout the FIFA decision-making processes for consideration by the full membership.

‘This has been a very damaging time for the reputation of FIFA and therefore the whole of football.

‘To improve confidence in the way the game is governed at the very top, we believe these requests would be a positive step forward and the minimum that should take place.’ 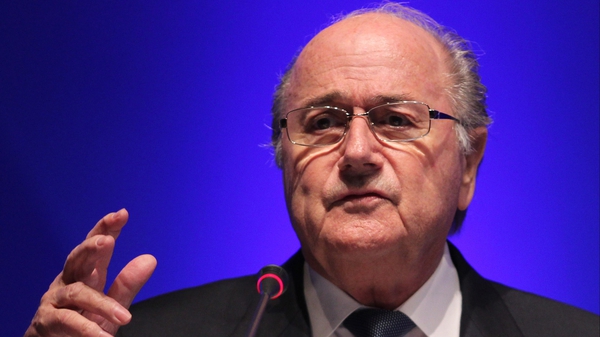