Republic of Ireland defender Shane Duffy has undergone emergency surgery after rupturing the blood supply to his liver in what medical staff describe as 'freak accident' while on international duty last night.

Duffy suffered the injury during a match between Giovanni Trapattoni's Republic of Ireland development squad and the Ireland amateur side.

The Everton centre-back collided with goalkeeper Adrian Walsh and had on-pitch medical attention before being brought to hospital.

FAI medical staff say the 18 year old's life was saved as a result of the operation carried out by Gerry McEntee at the Mater Hospital.

After a period in intensive care he has since been moved to recovery.

Republic of Ireland team surgeon Professor John O'Byrne said: 'Shane collided with a player in a way that you would see thousands of times in football matches. It was a freak injury that in another 100 years of medicine, we may never see again.

'Shane sustained a laceration to his liver and was rushed to the Mater hospital for emergency surgery. Gerry McEntee and the intensive care staff in the Mater must be credited for their expertise and fast response which in no uncertain terms saved Shane's life.

'Shane was stabilised in intensive care after the surgery which stopped internal bleeding and this morning is conscious and is in the care of the Mater's high dependency unit having improved overnight.'

The 18-year-old had been scheduled to remain with Giovanni Trapattoni's senior squad, solely for training purposes, ahead of next week's friendly clashes against Paraguay and Algeria.

His injuries call to mind those suffered by Republic goalkeeper Shay Given in 2006 when, during his time at Newcastle, he collided with then West Ham striker Marlon Harewood and suffered injuries described as being consistent with a car crash.

Trapattoni, who made an early exit from the game between St Patrick's Athletic and Bohemians at Richmond Park after hearing of Duffy's accident, offered his thanks to Prof McEntee and his specialised crash team as well as the national side's medical staff.

‘I would like to thank Dr Alan Byrne and Prof John O'Byrne for their quick reaction to Shane's serious injury,’ he said.

‘As time was critical, had they not acted as they did, Shane's life could have been in more danger than it already was.

‘On behalf of the FAI, I would also like to praise Prof Gerry McEntee for conducting the emergency operation and ensuring that Shane was given the best possible attention.’

‘Shane is very lucky and we wish him a speedy recovery.’

Duffy remains in the hospital's High Dependency ward today. His blood pressure dropped to dangerously low levels during the operation but was controlled and he is expected to make a full recovery. 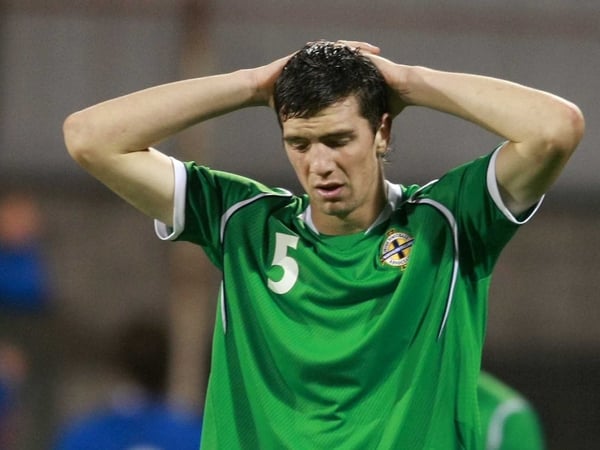