St Patrick's Athletic progressed to the play-off stage of the Europa League after securing a thrilling away-goals victory over Krylya Sovetov in today's third qualifying round, second leg in Russia.

Declan O'Brien's lone strike in the first meeting at Richmond Park last week put the Irish side in the driving seat heading into the return leg and the 30-year-old was again the difference today, his goal after 79 minutes levelling the tie on aggregate and sealing a place in the next round for Jeff Kenna's troops.

The Samara-based hosts looked to be cruising into the play-offs as they opened up a three-goal lead inside an hour at the Metallurg Stadion.

Anton Bober's opener after 41 minutes and two goals in four minutes early in the second period from Yevgeni Savin appeared to have settled the tie in the Russians' favour as they continued to press forward.

But the momentum shifted in the final quarter of the match when Stuart Byrne netted after 73 minutes, although the goal may be put down as a Bober own goal.

The St Pat's fightback was complete six minutes later when O'Brien fired home his fourth European goal in four games this term to secure a historic aggregate victory for the Richmond Park outfit.

St Pat's will now be entered in tomorrow's final qualifying round draw where they could be paired against the likes of Everton, Aston Villa, Villarreal, Valencia and Ajax. 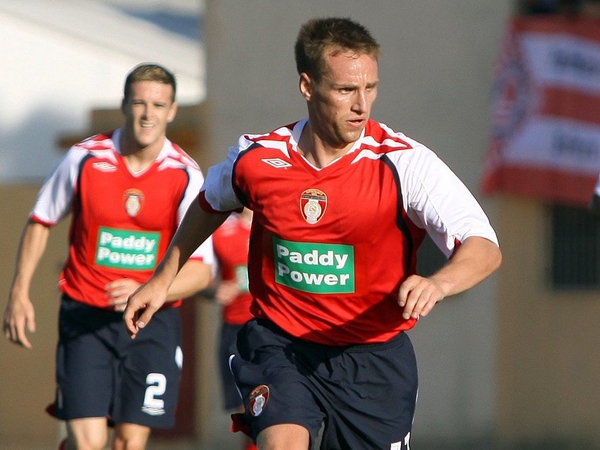