Drogheda are bidding to win the trophy for the third consecutive year and their line-up was almost the same that started against Sligo last Saturday, with Richie Baker and Guy Bates the only new faces in the line-up in place of Eamon Zayed and the injured Declan O’Brien.

But if the Boynesiders hoped or expected to grab a couple of quick goals to crush Dungannon’s confidence they were disappointed as the Swifts proved awkward opponents in the early exchanges.

Indeed, the Irish League side fashioned a couple of openings of their own through Jamie Tomelty, who first shot over the bar and then headed narrowly past keeper Jamie Ewings’ right-hand post.

But Drogheda had the better openings. In a two-minute spell Bates had a shot blocked, Baker volleyed well wide from six yards and Shane Robinson shot tamely at Swifts keeper Dwayne Nelson when put clean through on goal by Fahrudin Kuduzovic.

The home side eventually made their pressure count on 28 minutes. Ollie Cahill’s clever ball into the box was helped on by captain-for-the-night Robinson into the path of midfield colleague Adam Hughes, who shot home via Nelson’s right-hand post.

Robinson and Baker both had further attempts deflected behind for corner kicks, while Bates sent a weak 25-yard shot wide of the target, leaving Drogheda with a narrow advantage heading into the interval.

The visitors, aware that defeat would spell the end of their Setanta campaign for this season, pushed a second man into attack on the restart, and it was the lively Tomelty who sent a 30-yard shot fizzing past Ewings’ left-hand post in the 57th minute.

But Swifts manager Harry Fay took off his best player shortly after, and with that Swifts’ chances of salvaging something from the game appeared to have ended.

Drogheda threatened on a number of occasions to add to their tally, and the second goal finally arrived on 74 minutes, Joe Kendrick slipping the ball into the path of substitute Zayed, who twisted and turned before firing decisively past Nelson with his left foot.

Swifts almost pulled one back when James Slater’s shot was pushed onto the bar by Ewings, but instead Drogheda conjured a late third when Ollie Cahill sent an angled shot beyond the Swifts keeper. 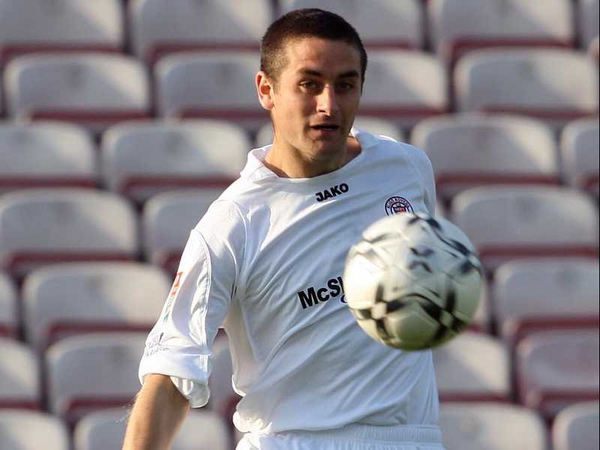