Cork City lifted the Lucozade Sport Munster Senior Cup for the first time since 2005, and for the sixteenth time in 21 years, when they defeated Cobh Ramblers 1-0 at St Colman's Park.

The Leesiders struck early when centre forward Denis Behan thumped home a shot from outside the penalty area, for what proved to be the only goal of the match after three minutes.

Ramblers tried hard for an equaliser but had Shane Guthrie sent off for a second yellow card with ten minutes remaining.

Ramblers were hoping to win their first Munster final since 1982-83 season and they gave senior debuts to two new signings.

Greg O'Halloran, who has recently been on loan to Shelbourne from Galway, has signed at St Colman's Park until the end of the season and started in the centre of midfield.

Former Waterford striker Daryl Kavanagh, who has helped Carrick United to the last sixten of the FAI Cup, has also linked up with the Premier Division strugglers and played in attack alongside Graham Cummins.

Cork scored a lead goal after 140 seconds when Denis Behan belted home his fourth goal of the season, when his 25 yard shot beat James McCarthy from outside the penalty area.

But the home side came into the match coming up to the break, with midfielder John Kearney firing two shots just wide of Mark McNulty's goal from 20 yards out.

After introducing Ray Lally and Davin O'Neill at half time they continued in search of an equaliser; Shane Guthrie had an effort taken off the line by Cillian Lordan and Kevin Murray's close range shot was well blocked by McNulty.

Cobh's chances of getting back into the game were not helped when they were reduced to ten men, Shane Guthrie sent off by referee Keith Calnan for a second yellow card. The referee adjudged the defender blocked a Cork attack with a deliberate handball just outside the penalty area.

In the end Cork's experienced full back Billy Woods lifted the trophy, in this the 86th final.

Substitutes; Lally and O'Neill for Carey and J Kearney both h/t, C Meade for Cummins 65 minutes. 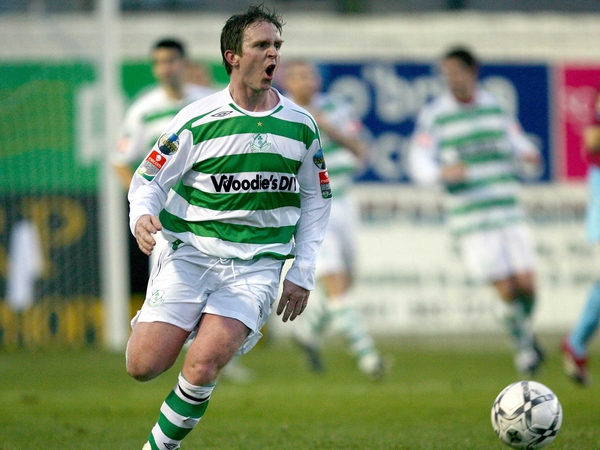