Barcelona coach Frank Rijkaard will be replaced by Josep Guardiola at the end of the season, club president Joan Laporta has revealed.

The decision, announced by Laporta after a board meeting on Thursday, comes just a day after Barcelona suffered a 4-1 humiliation at the hands of bitter rivals and newly-crowned Primera Liga champions Real Madrid.

Guardiola, a former Barcelona player, is the current coach of the reserves and will officially replace Rijkaard on 30 June.

Barcelona confirmed the decision in a statement on their website, saying: ‘Following the meeting of the club's board, president Joan Laporta appeared before the media to announce the change of FC Barcelona's first team coach at the end of the season.

‘Frank Rijkaard will cease to be the coach of Barca on June 30 and Josep Guardiola will be his substitute.’

Barcelona, whose defeat to Madrid means they now cannot finish in the top two of La Liga, have two matches remaining this season, at home to Real Mallorca this weekend and then away to Real Murcia.

Rijkaard’s position has been under the spotlight throughout a turbulent season that has seen Barca go trophy-less for the second successive campaign.

The likes of former Chelsea boss Jose Mourinho, Villarreal coach Manuel Pellegrini and Michael Laudrup of Getafe have all been linked to the post, but is has been former club captain Guardiola who recently emerged as the favourite.

Earlier this week it was reported that Barcelona's delegate commission had met on Monday evening where it was recommended that the 37-year-old Guardiola replace Rijkaard.

According to the reports, the recommendation of the delegate commission, which included club president Laporta and technical secretary Txiki Begiristain, was to be put before the rest of the club board on Thursday, and Barca confirmed this evening that Guardiola was the man to replace Rijkaard.

The announcement about Rijkaard's impending departure comes in the wake of their embarrassing defeat at Madrid, a result that proved a new low in a hugely disappointing season for the Catalan giants.

Having only lost out to Madrid in the race for last year's title on an inferior head-to-head record, much was expected of Barca this season after they reinforced their squad with the likes of Thierry Henry, Gabriel Milito, Yaya Toure and Eric Abidal last summer.

However, the club found life tough this season with setbacks both on and off the pitch.

On the field, Barca have struggled for consistency and success with a number of their leading stars suffering from injuries or a lack of form.

Away from the action, Barca have barely been out of the news either with almost constant speculation regarding the futures of Rijkaard and Brazilian playmaker Ronaldinho, as well as a number of other players.

All that has contributed to Barca ending the season empty-handed yet again, with the club having seen their hopes of Primera Liga and Champions League glory dashed in the last couple of weeks. 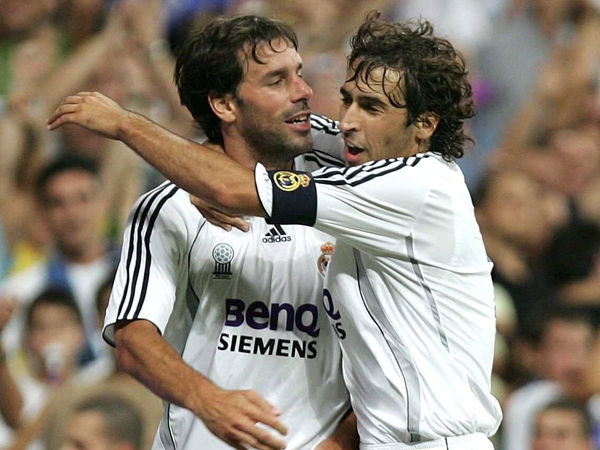