Motherwell midfielder Simon Lappin all but ended Celtic's hopes of holding on to their Clydesdale Bank Premier League title with a first-half winner at Parkhead.

The former St Mirren player - on loan from Norwich - scored in the 32nd minute against the run of play when he volleyed home from 10 yards after Artur Boruc had parried a Marc Fitzpatrick drive.

Fir Park midfielder Bob Malcolm was shown a straight red card five minutes after the interval for an over-the-top tackle on Massimo Donati but Celtic failed to capitalise and are still six points behind Rangers who now have two games in hand.

It was a disastrous afternoon for the champions who were booed off at the end by those fans who had bothered to stay until the final whistle.

The Steelmen moved in to third place in the SPL table but will know that for all Celtic's troubles, they were lucky to escape with all three points.

Former Celtic skipper Neil Lennon, recruited to the Parkhead coaching staff in midweek from Wycombe, was the subject of the photographers' attention as he took his place in the dugout before the game. The Northern Irishman must have wondered what he had returned to as the home side dominated the first half only to go in a goal down at the interval.

It was one-way traffic from the first whistle. Midfielder Scott Brown, playing his last game before a three-match ban, scooped a shot from the edge of the Motherwell box over the crossbar in the fifth minute.

Moments later, after Well skipper Paul Quinn was short with a pass back, Donati blasted an angled-shot straight at Fir Park goalkeeper Graeme Smith when he might have been better cutting the ball back for someone in a better position.

In the eighth minute Celtic midfielder Shunsuke Nakamura drove his left-footed shot from 14 yards high over the bar. In the 18th minute, Aiden McGeady sped past Quinn and stood his cross up for Jan Vennegoor of Hesselink to head against the crossbar from six yards out, the bedraggled Lanarkshire defence eventually getting the ball away.

Celtic keeper Boruc gave the home fans a scare when he allowed a Gary Caldwell pass-back to run under his feet, and the Poland international was relieved to see the ball trundling past the post.

The home side's missed chances came back to haunt them when the visitors took a sensational lead in the 32nd minute with their first real attack on the Celtic goal.

Ross McCormack drove forward and fed Fitzpatrick, whose shot from just inside the Celtic box was parried into the air by Boruc.

Lappin found himself alone and kept his concentration as he volleyed into the net from 10 yards out as Boruc tried to get back.

The home side were booed off at the interval and struggled at the start of the second half but it looked like they were handed a break in the 50th minute.

Motherwell were reduced to 10 men when former Rangers player Malcolm was red-carded by referee Calum Murray for a reckless tackle on Donati.

But moments later McCormack turned at the edge of the box and drove a shot inches over Boruc's crossbar.

In the 55th minute, as Celtic took control, Andreas Hinkel's volleyed pass went inches past the far post when any touch would surely have brought an equaliser.

The home fans' calls for the introduction of Georgios Samaras were rewarded on the hour mark when the Greece international replaced Scott McDonald, who had words with Hoops boss Gordon Strachan before slumping in the dugout.

McGeady came close with a drive from distance before Motherwell goalkeeper Smith was booked for taking too long with a goal kick, before he produced a fine fingertip save from Hinkel's close-range overhead kick.

Barry Robson came on for Donati - a substitution that found much more agreement among the Celtic fans - and the home side continued to push for the equaliser.

In the 81st minute, after Well stopper Stephen Craigan had fouled Robson 25 yards from goal, the former Dundee United midfielder drove the free-kick just over.

Amid a frantic three minutes of injury time, Smith made a good block with his feet from Samaras' shot. 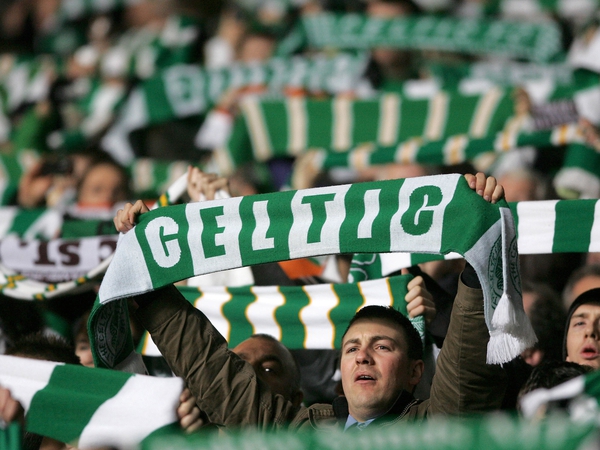