Avram Grant's men were leading through an own goal by Deivid in the first half and could have extended their lead before Kazim-Richards came on in the 54th minute.

His goal came 10 minutes later and Deivid added a spectacular second, leaving Chelsea needing to win at Stamford Bridge next week to reach their fourth semi-final in five years.

Fenerbahce had defeated PSV Eindhoven and Inter Milan, champions of their countries, previously this season and Chelsea now join the list.

The visitors had not conceded a goal in their previous six Champions League games and the Turks initially looked like they would not trouble them either.

They were without the flair of Roberto Carlos through a shin problem and it took Kazim-Richards, known as Kazim Kazim since moving from Bramall Lane this summer, to drag them back into the game.

Fenerbahce attacked as they promised but Mateja Kezman had the type of frustrating evening he often endured during his brief spell at Stamford Bridge.

To get the fizz into their attack it required Kazim, labelled the Coca-Cola Kid after winning a sponsored competition to earn a contract with Brighton.

Before that it was all Chelsea. With Frank Lampard back from a stomach virus and Claude Makelele's experience shielded the defence, they controlled the midfield.

Then there was Michael Ballack looking to open up Zico's men and Didier Drogba pulling defenders to all parts of the pitch.

Hostility erupted every time Chelsea enjoyed possession, then home fans urged Fenerbahce forward when they had the ball. It could hardly be said that Chelsea silenced the home fans as they were as noisy after the opener as they were at kick-off.

How the visitors threw it away will frustrate Grant as it was a first-half masterclass from Chelsea in playing away from home in Europe.

Their opener, however, came from a huge slice of luck.

Ballack dummied the ball for Florent Malouda to chase down the left flank, his cross was powerful and low but not heading towards a team-mate - and Deivid shanked the ball past goalkeeper Volkan Demirel and into the near post.

Grant predicted a professional performance from his men rather than an entertaining one but Chelsea steamed forward looking for more goals.

Michael Essien could have doubled the lead five minutes later but his 30-yard drive, swerving away from Demirel, hit the crossbar.
Essien then crossed for Drogba to leap over Onder Turaci but head just wide.

Gokcek Vederson tried his luck from long range for the Turks but Chelsea were in control and threatened to add to their advantage.

Lampard, making his 50th appearance in the competition, looped a header wide after the hosts failed to clear.

Ballack then played Drogba through down the right channel, the Ivory Coast striker turned and his shot was saved by Demirel as it arrowed towards the top corner.

Desperate for a goal, Drogba had options the next time he went through but shot disappointingly wide.

Fenerbahce resorted to hopeful penalty shouts, one when Ashley Cole nicked the ball off Mehmet Aurelio, and also targeted Carlo Cudicini from crosses.

Aurelio drove one cross in that invited a mistake from Ricardo Carvalho but the ball did not fall for Kezman.

Drogba raced through just before the break, after Lampard and Ballack moved the ball out of defence from a corner, but failed to take the ball around goalkeeper Demirel.

Alex glanced a header just wide after the break, and the Brazilian kicked the post in frustration at spurning the hosts' best chance of the match.

Kezman also tried his luck with a scissor-kick that Cudicini saved at the near post.

Drogba threatened with a couple of long-range efforts, and Ballack forced a save from Demirel with a powerful drive, with the rebound just eluding Malouda.

But for all of Chelsea's pressure, Kazim-Richards was brought on and grabbed the equaliser in the 65th minute, latching onto Aurelio's through-ball and smashing past Cudicini.

Ballack could have restored the lead in the next move when he raced through - but Demirel saved.

Deivid's goal came nine minutes from the final whistle. He picked the ball up 35 yards out and sent it whistling into Cudicini's top corner.

Nicolas Anelka was brought on for Chelsea but the jeers, and the defeat, made it a forgettable return to his former club. 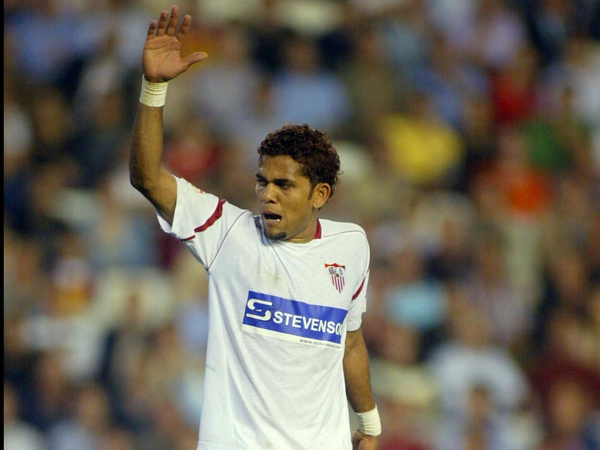