Cobh needed to beat a resilient Athlone at Lissywoollen to guarantee their return to the top flight ahead of Finn Harps, taking first spot by a single point with Harps beating Kilkenny City 3-1.

A delighted Henderson admitted: 'This means the world to Cobh. It's our first ever senior trophy and it's something to put in the squad photo for next year. We have used a very young squad this year but now they are winners.

'Our 27 match unbeaten run showed they didn't like losing, they closed down people, worked very hard and our shape is very good. When we have ball players like Kieran O'Reilly, Graham Cummins, Gareth Cambridge and Davin O'Neill who can change the game for us.'

Henderson also believes he will be able to keep the bulk of this year's squad together despite potential interest from other clubs.

He insisted: 'The squad is so young nobody will come robbing on us. We can keep the squad together for the next three years as most players will be re-signed. The club know that we have people coming in, it's not about getting money to bring players in because it takes a special player to come in and match the work rate, work ethic and desire to want to do well.'

Cobh began the season in difficult circumstances, as their St Colman's Park grounds were closed for redevelopment and the club had to play their home games down the road in Cork City's Turner's Cross.

Henderson continued: 'These kids had nowhere to train at the start of the season and no training equipment as everything was going into ground development. Not once did they moan, they got down and worked extremely hard. Safe to say it would only happen in Cork.

'I'm living down here for seven years and they are a very unique breed of people; they work hard, they have a desire to succeed that I haven't seen elsewhere in the country. With the lack of finance or facilities other lads would have given up. These lads didn't.'

Looking back on the win over Athlone, former Cobh and Cork City goalkeeper Henderson admitted: 'It was very nerve wracking, the match a mirror image of last week's game against Monaghan.

'Plenty of effort, endeavour, not a lot of quality on show from us. Athlone are a good side who knock the ball around well and they made us work for it.

'In the second half we got the ball down, kept it a lot better and saved our energy, which was important. In the first half when the ball bounced over the bar somebody was looking down on us.'

However, the Cobh boss had words of praise and encouragement for Paul Hegarty's Finn Harps, who now meet Dundalk in a play-off for the right to meet Waterford United in the Promotion/Relegation decider.

He said: 'We had to win seven on the trot to win the league. Harps' heads went down after the draw with Athlone. For the sake of football I hope Harps go up, they are a fabulous footballing side, every match again them was competitive. They play a lot of good football and have a great fan base there. Paul Hegarty is an absolute gentleman; really hope Harps go all the way.'

More quotes from the Cobh camp to follow tomorrow. 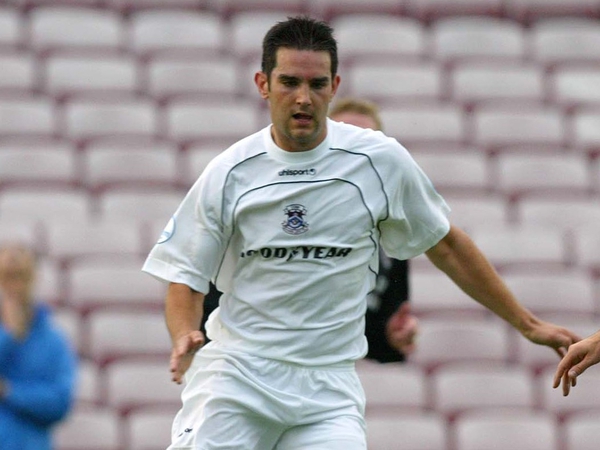