The 2007 eircom League of Ireland First Division title is heading south, as Cobh Ramblers secured the three points they needed to win the division by beating Athlone Town at Lissywoolen.

Kevin Murray eventually proved to be the Ramblers hero when his first league goal of the season sparked wild celebrations among the large travelling support that flooded onto the pitch at full time.

The visitors struggled in the opening half and could have been in arrears within five minutes of the start.

Eric Lavine’s shot was pushed around the post by goalkeeper James McCarthy and from the resulting corner-kick taken by Ryan Casey; Colin Fortune crashed his header off the crossbar.

Fortune then had a free kick parried by McCarthy as Cobh made a nervous start. The visitors were second best for the first half with their only real chance falling to Kieran O'Reilly after 29 minutes but Ciaran Kelly just got to the ball before the Cobh striker.

Ramblers suffered a real let off just before the break when Shane Guthrie almost conceded an own goal but was lucky to see his backward header bounce inches over the crossbar with his goalkeeper stranded.

Cobh upped the tempo in the second half but found it difficult to break down a solid home rearguard. Graham Cummins looked set to hand Cobh the lead but delayed shooting and allowed Ian Rossiter to block the attempt on goal.

John Kearney then had a shot pushed around the post by Ciaran Kelly as the visitors knew that only a win would suffice to lift the title with Finn Harps holding a big lead in Kilkenny.

The visitors finally got their reward after 73 minutes from an unlikely source. Kevin Murray is certainly not renowned for scoring goals but his close range finish proved invaluable.

John Meade's free-kick from the right was not cleared by the Town defence and Murray shot to the net from six yards range to settle Cobh nerves. Athlone had no response and Cobh held onto their slender lead and make a return to the premier division as champions. 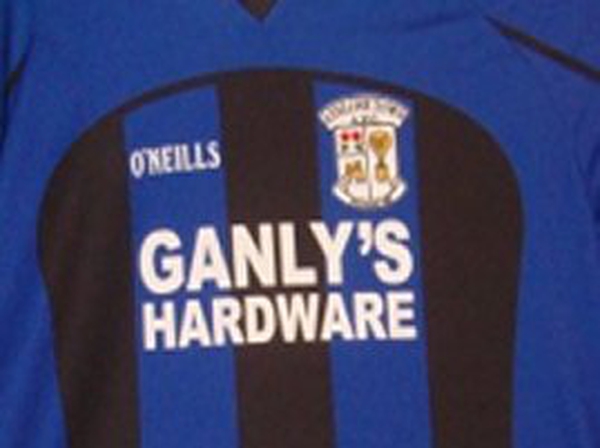