Ronnie O'Sullivan could be sanctioned after appearing to make a lewd gesture at the World Snooker Championship.

O'Sullivan missed a black off the spot in the 13th frame of his 10-5 first-round victory over David Gilbert and appeared to make the gesture while walking back to his seat.

"We are aware of the incident and it has been referred to the WPBSA disciplinary committee," a World Snooker Tour spokesperson told the PA news agency.

Six-time world champion O'Sullivan, 46, who will meet Northern Ireland's Mark Allen next at the Crucible, faces a possible fine.

Allen criticised the quality of the table after grinding his way to a 10-6 opening-round success against Scott Donaldson.

Allen was far from his best in a scrappy encounter but built on a 5-4 first-session lead to secure his place in the last 16.

"I struggled a little bit with the table," Allen told Eurosport. "It wasn't the best I've ever played on. It actually got worse as the day went on.

"Me and Scott both had to speak to the ref to see if it was the same set of balls this evening because the table played completely different.

"It was tough. It doesn't lend itself to the prettiest of snooker when you're getting big bounces and scared of when it's going to come." 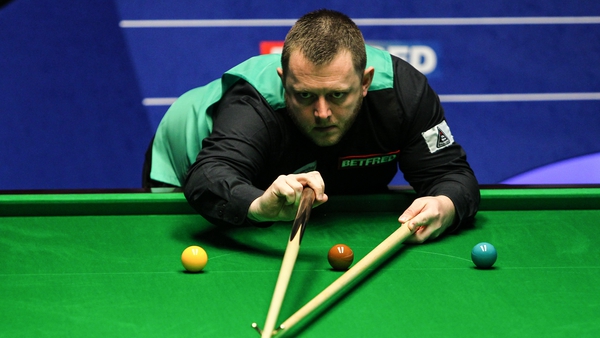