Stuart Bingham cruised to a 10-3 final victory over Mark Allen to win the Shanghai Masters.

Bingham, who knocked out home favourite and defending champion Ding Junhui on Saturday, did not have to produce his best snooker but was still too strong for an out-of-sorts Allen to seal his second career title.

World number 11 Bingham, who won the 2011 Australian Goldfields Open, started with a break of 99 at the and proceeded to take the next three frames to open up a 4-0 lead.

Allen, who hit back to stun world number one and world champion Mark Selby 6-5 in his semi-final, stemmed the tide with a break of 97 to take the fifth frame before edging a close-fought sixth to trail 4-2.

But Northern Irishman Allen was to win only one further frame, the eighth thanks to a break of 69, as Basildon's Bingham turned the screw through solid rather than spectacular break-building.

Bingham edged another tight frame in the ninth with a final clearance of 18 and took advantage of further errors from Allen to take the 10th frame 66-57.

In the penultimate frame Bingham compiled a break of 57 and quickly put Allen out of his misery with a final-frame clearance of 81 to bag the £85,000 top prize in his fourth ranking final. 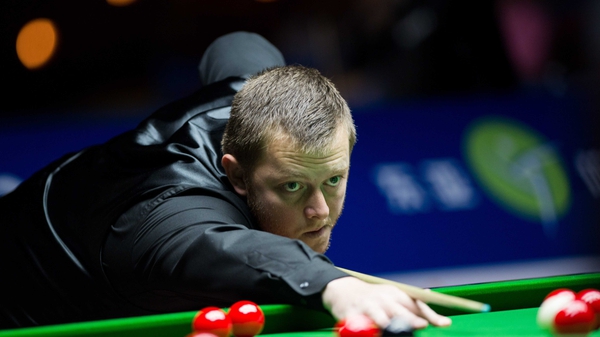