The world No 31 dug deep to secure a deserved 6-3 victory over Crucible runner-up Selby at the 8,000-seater Grand Stage venue.

And with victory, which came after a marathon battle, the 35-year-old now meets fellow countryman Ryan Day in this year's final, after he dispatched 2006 world champion Graeme Dott 6-2.

‘I was getting quite tired towards the end of the match,’ admitted Dale. ‘It was very tough mentally and physically, so I'm so happy to have reached the final here.

‘I'm glad Mark didn't play anywhere near as well as he can but, on saying that, neither did I.’

Back in the top 32 of the official world rankings after a two-year absence, Dale has sparkled in Shanghai this week.

But his potting boots failed him against Selby as the best-of-11 frame became a scrappy affair.

‘The table was difficult for us both, we both struggled to get going,’ added Dale, who managed the only break of 50 in the match, a run of 70 in the sixth frame.

‘I'm glad that I dug in because Mark's such a good tactical player. I've worked really hard for this win.

‘Form is a state of mind - and I'm playing well. Hopefully I can perform in the final.’

Dale won his one and only ranking final a decade ago. He beat John Higgins 9-6 in the 1997 Grand Prix final at the Bournemouth International Centre.

And the Neath professional is understandably looking to win, what he regards as, a long overdue second ranking event final.

‘It's going to be huge match for me. It's been 10 years since I won the Grand Prix. It's nice to know that I'm still competing at the top level 10 years on.’

Despite missing out on his first ranking crown, Selby was upbeat despite, although disappointed with the standard of the semi-final.

‘Dominic played better than me,’ he said. ‘For some reason I couldn't get going and get focused.

‘I felt good before I started, but it just wasn't to be for me. The standard wasn't the best, but I know I'm capable of grinding out results - and that's what I tried to do.

‘I need to work on my focus, it let me down today. I could have won any of the first three frames, but Dominic deserved to win.’ 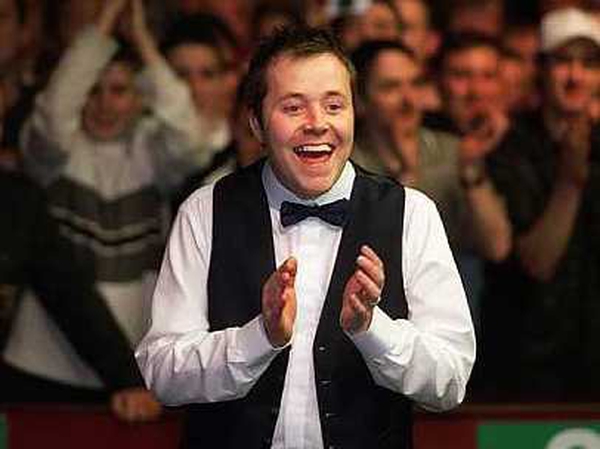