Elliot Daly has been named on the left wing for the opening match of England's RBS 6 Nations title defence against France on Saturday (4.50pm, live on RTÉ2).

Jack Nowell was expected to fill the position but missed Tuesday's training sessions due to personal reasons.

He returned home and was only back in camp on Thursday, resulting in his selection on the bench for the visit of Guy Noves' men to Twickenham.

Maro Itoje will make his first start at blindside flanker, replacing shoulder-injury victim Chris Robshaw, while Joe Marler completes a remarkable recovery from a fractured leg to take his place at loosehead prop.

The last of the four changes in personnel to the starting XV that toppled Australia in the climax to the autumn sees Joe Launchbury reinstated to the second row after George Kruis was struck down by a potentially Six Nations-ending knee problem.

"We've been able to select a very strong and experienced team to play against France and we are excited to get the tournament under way," head coach Eddie Jones said.

The showdown with France will be Daly's third start on the wing and offers him the chance to atone for the red card he was shown during the last of his eight caps against Argentina in November.

Daly (below) became the fifth England player to be sent off after tackling Leonardo Senatore in the air and was subsequently banned for three weeks.

Nowell's presence on the bench is an unfortunate development for the Cornishman, who had been in superb form after battling back from thumb and thigh injuries to thrust him on to the brink of a recall before personal circumstances intervened.

The inclusion of Itoje, who has played most of his rugby at lock, in the back row alongside Nathan Hughes and Tom Wood became the obvious solution to Robshaw's absence.

Providing cover in the position is James Haskell, who features among the replacements despite having played less than an hour since returning from a seven-month absence because of toe surgery.

There is no second row option on the bench as Itoje can switch position if needed.

England will register a national record 15th successive victory if they dispatch France and will surpass New Zealand's milestone of 19 Test wins if they repeat last year's Grand Slam. 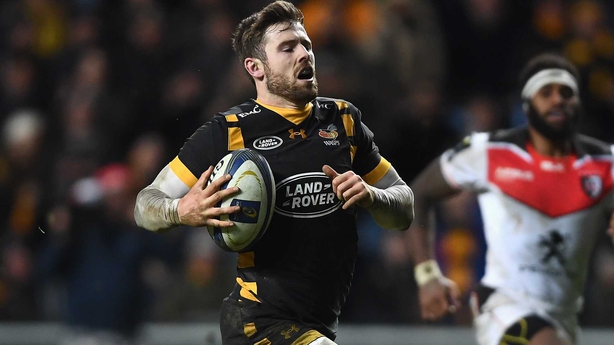 "There's a great rivalry between the countries so we're looking forward to a great occasion playing against one of England's oldest foes," Jones said.

"In rugby terms you've traditionally got two contrasting styles - French flair and England's dogged conservative approach - but we want to be absolutely daring against the French in this first game and set the standard for the tournament.

"Guy Noves likes a big team. He picks a traditional French forward pack with squat front-rowers who scrummage well, big locks who give a lot of ballast and athletic back-rowers.

"It's based on size and crunching that gain line, getting an off-load and then playing with flair.

"Of course it gives you an opportunity when you've got a big forward pack against you and we intend to exploit that.

"We want to get better all of the time, we are ambitious and we want to be the number one team in the world.

"It's exciting to be back at Twickenham. We've got great supporters and we're looking forward to hearing them turn the volume up on Saturday."