Ireland will be forced to "take it a little bit easy" in training on Monday, counting the cost of playing "one-and-a-quarter Test matches" in their 23-16 RBS 6 Nations defeat to Wales.

Head coach Joe Schmidt conceded he would hand his shattered players extra time to recover as Ireland come to terms with their "straight-up" lesson in failing to convert pressure into tries.

Ireland can still win the RBS 6 Nations on points difference if they beat Scotland in Edinburgh handsomely on Saturday, despite blowing their Grand Slam chances in Wales.

Kiwi boss Schmidt believes the carrot of retaining the championship title for the first time since 1949 will allow Ireland to shake off their frustrations from Saturday's Millennium Stadium loss.

"Probably Monday we might have to take it a little bit easy on the back of there being a lot of ball in play," said Schmidt, who confirmed no new injury worries.

"There were a lot of long phases of play, we probably played one-and-a-quarter Test matches in the context of some of the other Tests we've played.

"And there's a lesson we've got straight-up - if you're going to play like that then you've got to be able to keep going in those moments that you do get pressure on them.

"The players all left the field able to play, but they'll have some bruises for sure which will limit anything we do [on Monday]."

Former Leinster boss Schmidt has already admitted Ireland "didn't achieve anything" by expecting to see off Wales by accumulating penalties in Cardiff.

Ireland, Wales, and England can all still now claim the Six Nations title, but Schmidt continued to warn his side about being sidetracked by trying to gauge what points difference could secure further glory.

"We learned from those 10 wins and we will learn from this loss as well," said Schmidt, after Ireland suffered their first loss since 13-10 defeat to England in last year's Six Nations.

"What we can learn is that we won't lack for character, we don't lack for endeavour and those are important starting points.

"What we do know is we are still in the championship and we still have a fantastic opportunity to do something that hasn't been done for a long time if we can create enough opportunities in Murrayfield next week.

"But if you go looking for differentials without first of all making sure you have targeted the result, you are going to make it a pretty tough day for yourself."

Schmidt admitted he will push his Ireland side to sharpen up their attacking accuracy this week in a bid to combat the blunt edge that emerged against Wales. 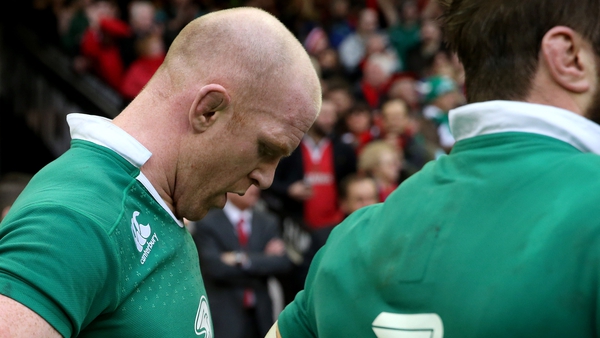 Paul O'Connell: Wales took their shot, we didn't take ours