The Ireland out-half is available having missed last weekend’s victory over Italy as he was recovering from concussion.

But O'Sullivan believes that the first-choice number 10 is not guaranteed a starting place in the Ireland XV as the coach must weight up game-time and fitness concerns.

“I think they’ll start him. He needs a game anyway, and this is as good a time as any" - O'Sullivan

“It’s a big decision with Jonathan Sexton being out for so long,” O’Sullivan told RTÉ Sport. “It’s almost three months without a game; it’s a massive step up. But he’s an incredible competitor with great composure.

“I think they’ll start him. He needs a game anyway, and this is as good a time as any. And as we’re playing France, he plays in France, so he won’t be too fazed by facing Frenchmen.”

And O’Sullivan, who is now coaching in the Basque Country with Rugby Pro D2 side Biarritz, is well qualified to make a call on the strengths and weaknesses of the current France side and whether they have a chance of causing what would be an upset at the Aviva Stadium in Dublin on Saturday (kick-off 5pm).

“They are afraid of Ireland. They are very, very wary of Ireland and they know that if they get it wrong that we will take them.

“They are a little bit different regarding the Six Nations than everyone else as [coach Philippe] Saint-André feels that he has one hand tied behind his back with the Top 14 and to be fair to him, he has a point.

“I think he is trying to get the best he can out of the Six Nations but his mantra seems to be that the World Cup is what he is building towards, unlike any of the other coaches in the Six Nations.

“I think they will certainly come to Dublin firing [on all cylinders] but I think that he is the coach under the least amount of pressure, in terms of results, but they will want to see progress in the Six Nations. But for them it is all about the World Cup.”

And O’Sullivan believes that that low-key approach to the tournament could work in France’s favour as the pressure will be off, which might allow them to play with a bit more freedom, while always having the capability to cause concern for their opponents.

“So it will be a funny kind of a view from the French team but we know their capabilities as well. They are very athletic, they are very strong and there are parts of their game now that they are beginning to improve; their ability to damage us at the ruck, they build a very good maul and they have a lot of athleticism. They are a dangerous, dangerous team."

But will that danger be enough to steal the points in Dublin this weekend? O’Sullivan is edging towards country over club as he feels Ireland should just have enough to win.

“It could go either way but I’d like to think, Ireland at home will have the ability to pick them apart, at the end of the day.” 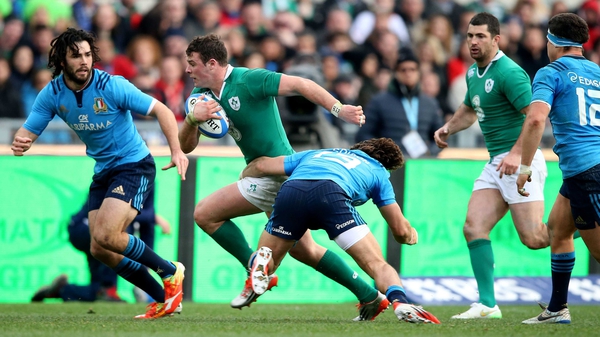