O'Driscoll, who is in his final Six Nations Championship, is set to take on Wales for the last time in next Saturday's showdown at the Aviva.

And Phillips, who toured alongside O'Driscoll with the 2009 and 2013 Lions, said: "Brian O'Driscoll has been an icon of world rugby and is a gentleman off the pitch.

"My early memories were of him scoring that try against Australia for the Lions (in 2001) and I eventually went on to play alongside him, which was a massive honour for me.

"He's scored some big tries in his career, and a couple against us as well.

"He's a world-class player. Everyone knows that, and I just hope he has one of those lesser games on the weekend!"

Scrum-half Phillips' sentiments have been echoed by Wales assistant coach and defence specialist Shaun Edwards, who, along with Warren Gatland, was part of the 2009 Lions coaching team under Ian McGeechan.

"I was fortunate to coach him (O'Driscoll) with the 2009 Lions, and I just got to see why he is so good," Edwards said.

"He's not a huge man, but it is the way he prepares for games, his intensity, his toughness, his mental hardness. You can see he is very, very professional.

"And his bravery and skill-level is unquestioned in a position where guys generally are bigger than him. I could see why he became the player he is. He has been outstanding."

"If you know the guys, you can always send them a cheeky text afterwards" - Mike Phillips

Phillips and company were back on the training pitch yesterday ahead of a Dublin encounter that could go a considerable way towards determining the outcome of this season's Six Nations tournament.

Wales have won three of the last four meetings, including a 2011 World Cup quarter-final triumph in New Zealand, yet Ireland prevailed at the Millennium Stadium last season when O'Driscoll was among their try-scorers in a 30-22 victory.

"We've had some big matches against them over the years. We've had historic matches, and that is what it is all about. It is only good for the game," Phillips added.

"Hopefully, we can come out on top on the weekend. The Aviva Stadium is a great place to play, and two years ago it was a great game of rugby for the neutral (Wales won 23-21).

"The Irish will be very tough to break down. They have a good set-piece, and their forwards did very well against Scotland on Sunday.

"They have threats across the park, and our defence must be on top form to get the victory. All these Irish boys are top-class players.

"I've been on tours with (Ireland captain) Paul O'Connell, and you can't get a bigger and better gentleman in the game. We know he's going to play hard, and that is what rugby is all about - play hard, and then shake hands afterwards.

"After a Lions tour you know each other a bit better. But you must treat every game the same, no matter who you are playing. If you know the guys, you can always send them a cheeky text afterwards.

"It's all about winning, and emotions will be high on the weekend. I just hope we can control our emotions and come out on top." 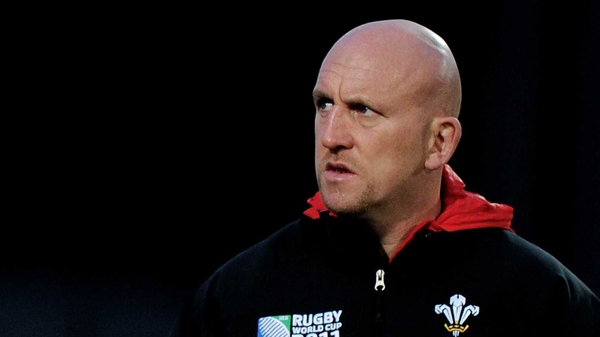