An enlarged 39 man squad containing six uncapped players has been named as part of the preparations for the upcoming O2 Ireland Wolfhounds game and the opening game of the RBS 6 Nations Championship against Wales.

In addition to the squad being announced, it was also confirmed that Jamie Heaslip would continue in the captaincy for the RBS 6 Nations Championship after leading the side during the Guinness Series in November.

The senior Ireland coaching team will take charge of the Wolfhounds side which will play the England Saxons in the Sportsground on Friday, 25 January.

It was also announced that Munster assistant coach Anthony Foley and Leinster Rugby's Greg Feek will be part of that coaching team for the Wolfhounds game and will continue to work with the Ireland squad throughout the Six Nations.

The move to involve the senior coaches with the Wolfhounds team is designed to aid preparations for Ireland's opening game against Wales in Cardiff by giving the Ireland coaching staff the opportunity to work with the players and also give those same players a chance to impress the coaches.

The squad will see several further additions, primarily in the backrow, following this weekend’s round of European games.

Both squads will train together in the training base in Carton House, with a Wolfhounds squad selected later next week. After the Wolfhounds game, a shortened training squad will be selected for the Wales game.

In addition to the squad being announced, it was also confirmed that Heaslip would continue in the captaincy for the RBS 6 Nations Championship after leading the side during the Guinness Series in November.

Thanks for all the kind messages. A huge honour for me, my family and loved ones.

Speaking after today's announcement, coach Declan Kidney said: "Our priority is the Wales game, but there is an opportunity in the Wolfhounds match for some of the players as we head into the Six Nations.

"While the majority of our focus is on the preparations for the Wales game, the coaching staff felt it made sense to have time with the wider group of players and also to have two fully fit teams on the field ready to train after what is usually an attritional end to the group stages in Europe.

"There are quite a few players who have been out injured and could be lacking game time, so this will be the ideal chance for them and the newer members in the squad to challenge for places in the senior team.

"After the Wolfhounds game we will able to name a smaller squad which will train together and prepare for the Wales game.” 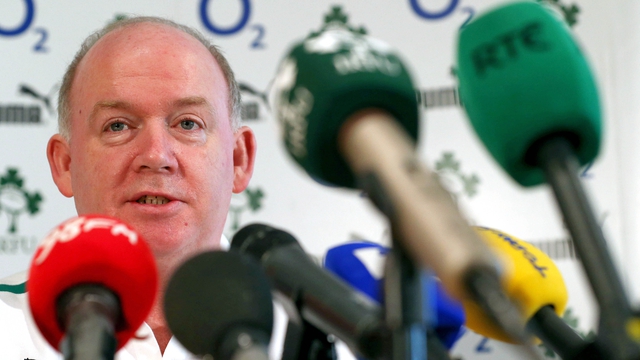 Commenting on the captaincy, Kidney added “Jamie had done a really good job for the squad and management during November and I felt that now was the correct time to do this.

"Brian has had very little rugby in the last number of months and I think he deserves the space and time to concentrate on getting himself back playing fully fit. 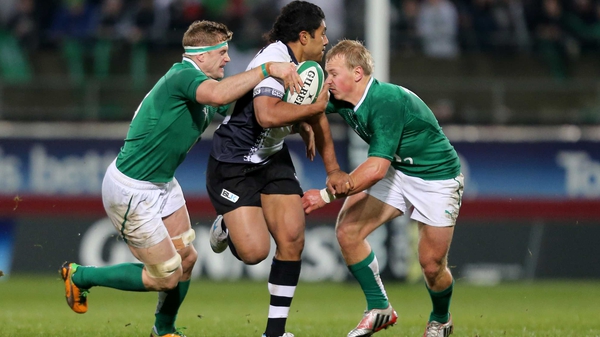