Mark Anscombe has signed a one-year contract extension with Ulster which will see him remain as head coach until at least June 2015.

Anscombe joined the province in the summer of 2012 and in that first season he went on to lead the side to the final of the RaboDirect PRO12 and the quarter-finals of the Heineken Cup.

This season he has led the team to an Ulster record six wins out of six in the Pool stages of the Heineken Cup, including memorable wins over Montpellier in France and Leicester Tigers at Welford Road.

As well as delivering results, Anscombe has also added considerable depth to the Ulster squad, using more than 50 different players in his 18 months in charge.

Speaking about the extension to his contract, Anscombe said: “I have enjoyed my time at Ravenhill so far.

"We have made good progress, we have a great squad and some excellent young players coming through, so I am pleased to be committing for a further year.

“I said when I started at Ulster that I believed that this would be a three-year project. We are half way through that now. We have a home Heineken Cup quarter-final and we are competing for a play-off place in the RaboDirect PRO12 once again.

“My focus over the next year and a half will be to finish the job that I have started and to bring some silverware back to Ravenhill.”

Ulster’s Director of Rugby, David Humphreys, commented: “Over the past 18 months Ulster Rugby has made huge progress on and off the pitch.

"Through his coaching, knowledge of the game and experience, Mark Anscombe has taken team performance to a new level and we are delighted he has committed to the Province for a further 12 months.

“It is an exciting time to be part of Ulster Rugby. The redevelopment of Ravenhill is almost complete, we are in a home Heineken Cup quarter-final, and our representation in the Ireland squad is growing.

“We believe that Mark is the right person to deliver immediate success through winning trophies and also long term success through the development of future Ulster and Ireland players.” 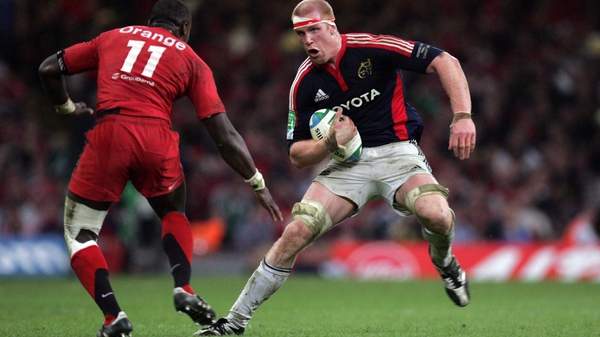