Joey Carbery has been cleared to take a full part in Ireland training this week after shaking off the shoulder knock he suffered against Leinster.

The Munster out-half was replaced after 53 minutes after hurting his shoulder when tackling Scott Penny and looked in some discomfort as he left the pitch.

However, the IRFU released a positive squad update on Tuesday confirming Carbery had been passed fit to train fully with the Ireland squad at Carton House.

Carbery's Munster team-mates Tadhg Beirne (abductor) and Peter O’Mahony (neck) will train later this week as will Tadhg Furlong, who missed Leinster’s win over Munster with an ankle injury.

Leinster duo Jamison Gibson-Park and Hugo Keenan, who have yet to feature this season, will be integrated into training along with Jacob Stockdale and Calvin Nash.

Ciarán Frawley has a shoulder complaint which will be managed across the week while Josh van der Flier and Craig Casey will continue their rehabilitation from ankle and groin injuries respectively.

They will be managed over the coming days following the recent gastro issues experienced by the squad that resulted in the postponement of their game against the Cell C Sharks.

Ireland begin their Bank of Ireland Nations Series against world champions South Africa on 5 November before Tests against Fiji and Australia on 12 and 19 November respectively.

The 12 players who were named in the Ireland 'A’ panel for the game against an All Blacks XV on 4 November will remain with their provinces for this weekend’s round of BKT United Rugby Championship fixtures. 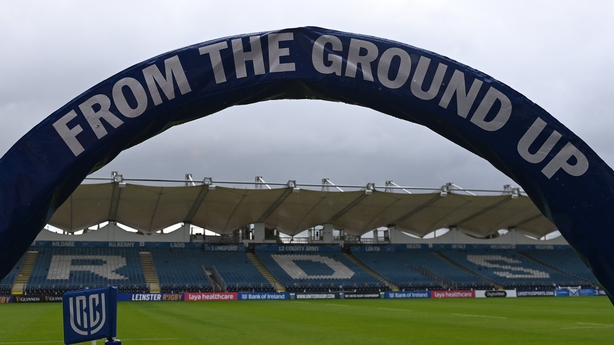 Leinster, meanwhile, have announced a new 25-year agreement that will see them remain at the RDS Arena.

Leinster played their first game at the Ballsbridge venue in 2005 before making it their permanent home venue two years later.

Leinster Rugby chief executive Mick Dawson said, "The decision to move to the RDS Arena in 2007, is one of the best decisions Leinster Rugby ever made.

"We had a brilliant home down in Donnybrook but for us to grow as a club, as an organisation, we needed a bigger ground and better facilities and that is what we got with the RDS Arena.

"It's not just about the ground though, as the RDS, as an organisation, have been a brilliant partner over the last 15 years and I am delighted that we have agreed new terms that provides clarity and certainty for Leinster Rugby supporters and for the club for the years ahead.

"It’s a hugely exciting time on and off the pitch and I am confident that in early 2023, we will be able to provide a further update, together with the RDS, on the next stage of our plans for the RDS Arena.

"Today is about securing the future, first and foremost, and I am very grateful to Geraldine Ruane, and the RDS Executive, for their help in getting this finalised."

Leinster defeat could propel Munster tyros to next level