Connacht's Cian Prendergast will captain Emerging Ireland in tomorrow's second tour match against the Pumas in Bloemfontein, with Simon Easterby naming a brand new starting XV for the meeting with the Currie Cup champions.

The Irish squad began their three-game tour with a comprehensive 54-7 win against the Griquas last Friday, and while the starting XV is fully changed, seven of the side featured last week off the replacements bench.

Prendergast, who toured New Zealand with the Ireland senior team over the summer, will captain the squad, and is joined in the back row by Munster's John Hodnett and Leinster's James Culhane, who helped Ireland's U20s to a Six Nations Grand Slam earlier this year.

Munster pair Roman Salanoa and Diarmuid Barron start in the front row, having appeared off the bench against the Griquas, while they're joined up front by Ulster's Callum Reid.

Behind the scrum, Ulster team-mates Michael McDonald and Jake Flannery get the nod in the half-backs, while Connacht's Cathal Forde joins new Munster signing Antoine Frisch in the centre

Andrew Smith, who won a bronze medal with the Ireland sevens team at last month's World Cup, is named on the left wing, with Connacht academy prospect Chay Mullins, and Ulster wing Ethan McIlroy completing the back three. 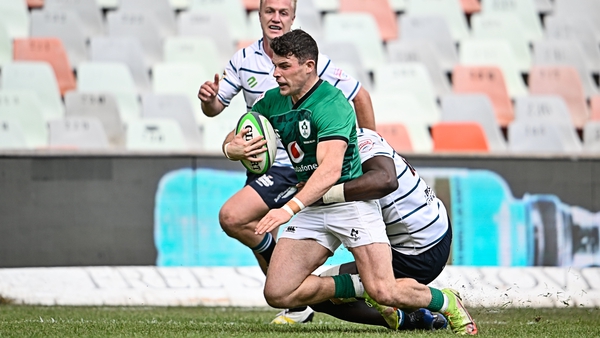