Munster have made 14 changes to their team for the United Rugby Championship clash (live on RTÉ2 and RTÉ Player, 7.35pm), with Lions second row Tadhg Beirne making his first appearance of the season.

With a six-day turnaround from their impressive win at Scarlets last Sunday, boss Johan van Graan was always likely to switch things up and brings back a host of experienced players, including captain Peter O'Mahony, who makes his 150th appearance for the province.

Man of the match from the last game Chris Cloete is the only player retained.

Mike Haley is named at full-back with Andrew Conway and Simon Zebo starting on either wing.

The half-backs are Craig Casey and Joey Carbery as Rory Scannell and Keith Earls form the centre partnership.

Dave Kilcoyne, Niall Scannell and John Ryan pack down in the front row with Jean Kleyn and Beirne in the engine room.

Captain O’Mahony, Cloete and Gavin Coombes start in the back row.

Academy graduate Jake Flannery is included among the replacements and set to make his first appearance of the season.

Fineen Wycherley and Jack O’Donoghue, who have started all three games so far this season, are also among the replacements. 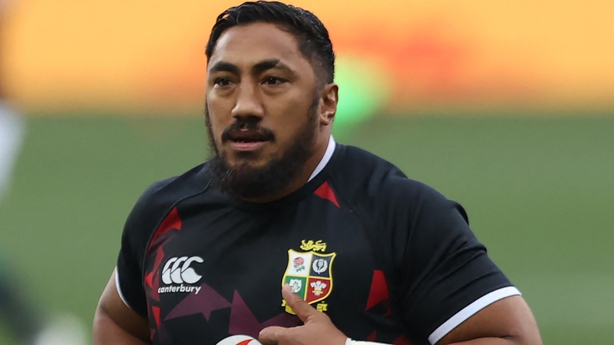 Meanwhile, Aki comes straight into the starting XV for Connacht with his inclusion one of five changes from last week's defeat at the hands of the Dragons.

Aki forms a new-look partnership with Sammy Arnold at centre, while John Porch is drafted into the back three alongside fellow winger Mack Hansen and full-back Tiernan O’Halloran.

Caolin Blade and Jack Carty, who skippers the side, are retained.The front-row of Matthew Burke, Dave Heffernan and Finlay Bealham is unchanged, while Niall Murray comes into the second row alongside Ultan Dillane.

The final switch sees Conor Oliver start at openside flanker, with Cian Prendergast on the opposite flank and Paul Boyle at number 8.

Andy Friend has opted for a 6:2 split on the bench, with back rowers Abraham Papali’i and Jarrad Butler both included as well as Kieran Marmion.

Summer arrival Greg McGrath is also in line for his Connacht debut after he was named as replacement loosehead prop.

Leinster, who host Scarlets at the RDS, have also recalled three of their Lions with Tadhg Furlong and Jack Conan, who started all three Tests against South Africa, and Ronán Kelleher, named in the starting XV for the 5.15pm kick-off.

Hugo Keenan, Jordan Larmour and James Lowe are the back three with Ciarán Frawley and Garry Ringrose the centre partnership.

At half back, Jamison Gibson-Park is partnered by captain Johnny Sexton.

Andrew Porter starts his third game of the campaign at loosehead, with Kelleher and Furlong alongside him.

Kelleher came off the bench at the RDS Arena last week for the win over Zebre but it will be Furlong's first involvement of the season.

Ross Molony is joined by James Ryan in the second row, while in the back row, Caelan Doris is selected at blindside flanker, where he also featured on one occasion last season against Benetton.

Josh van der Flier is again selected at openside for the third game this season, with Conan at 8.