South Africa head coach Jacques Nienaber has leapt to the defence of Munster pair Damian De Allende and RG Snyman after they were involved in a "fire pit accident" and expects them to still face the British and Irish Lions this summer.

The Springboks players were hurt over the weekend in an incident alongside club-mates Mike Haley and CJ Stander which resulted in all four suffering burns.

De Allende and Snyman sustained more substantial damage to their legs, hands and face and will not feature in Munster's match with Zebre on Friday, but could be available for South Africa's two Tests with Georgia at the start of next month before the Lions series gets under way on 24 July.

"I've spoken to both of them and they are fine, so that is the most important thing and their families are fine," Nienaber said.

"Will they be able to play against Georgia? Currently as I'm sitting here, if everything goes according to plan, yes I think they would.

"The challenge is if they get an infection or if for instance there's some other medical reason they can't fly to us as soon as possible then obviously it makes it a little more challenging. I think in terms of that we will have to be adaptable."

De Allende and Snyman will visit a specialist on Friday.

Nienaber referenced his own time in Ireland and moved to blame the weather for needing an accelerant for a fire.

The 48-year-old spent a season with Munster as defence coach in 2016 before he returned to the South Africa fold alongside Rassie Erasmus.

Nienaber added: "Accidents happen and any accident, like a car accident, it's not ideal but it's not something we can control.

"For me from being in Ireland before, I actually understand because it rains a little bit more in Ireland than it does in South Africa.

"When I was there, if you wanted to use wood fire and braai on a wood fire or sit in front of a wood fire like we do in South Africa - if you miss home a little bit - I did the same, I'd take a little bit of petrol and throw it on top of the wood and light it otherwise the wood is wet so you can't get it burning.

"I guess I did it the same way everybody does it like that over there and accidents happen. They explained it to me and it makes perfect sense. You put fire on and the fire just ran up into the canister and the canister fell and the petrol spilled over their legs.

"Of course it's not ideal. As a head coach you'd want them to be fine and training, but now we have to make plans to get them into the mix as soon as possible while taking care of their wellbeing first and foremost." 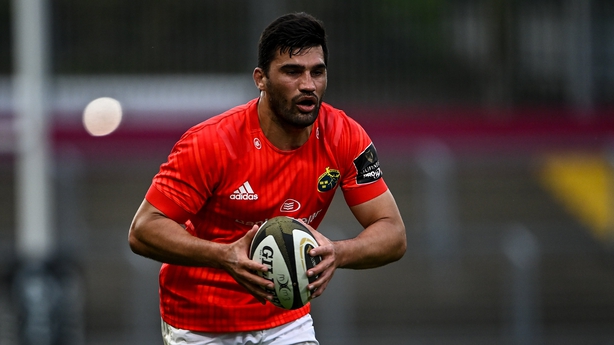 Both were included in South Africa's 46-man squad announced on Saturday and Snyman now has a second issue to address, with the forward out of action since August due to anterior cruciate ligament damage sustained on his Munster debut.

Fellow lock Lood De Jager is another facing a race against time to do battle with the Lions, but Nienaber provided a positive update on the Sale ace who may even feature in the Gallagher Premiership play-offs.

"As I understand it his progress is currently spot on, if it continues like he is doing currently and they make the final, or even the semi-final, he might be in a position to participate so I think Lood is going along really well," he said.

Meanwhile, Springboks number eight Duane Vermeulen, who had surgery on his ankle on Wednesday, remains a major doubt to face the Lions.

Nienaber said: "Some players come back from five weeks to 16 weeks depending on the severity of the injury and the surgeon will probably know that once he has opened it up and had a good look at what is going on."