Stephen Ferris believes that Leinster will have too much for La Rochelle this weekend as the men in blue look to continue their bid for a fifth Heineken Champions Cup title.

La Rochelle's maiden semi-final appearance, plus the presence of Ronan O’Gara at the helm of the Top 14 club, adds to the intrigue of Sunday’s clash.

Since last season’s quarter-final exit at the hands of Saracen’s, Leo Cullen’s side have been in a rich vein of form. The Pro14 title was bagged with minimum of fuss, while Champions Cup holders Exeter fell foul of the Irish province in the last round.

La Rochelle, too, caught the eye in the quarters, putting 45 points on Premiership side Sale, while domestically they sit second in the table with a game in hand on leaders Toulouse.

With a sprinkling of French internationals, a monstrous pack and a backline that has cut defences to shreds, Fergus McFadden says that La Rochelle need to be respected and correct game management will see his former team-mates advance. 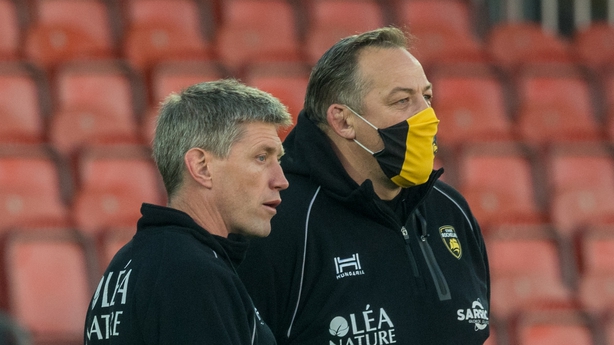 "I’d imagine that Jono [Gibbes] and ROG [O'Gara] have a couple of trick plays up their sleeves," he told RTÉ's Game On.

"I have been really impressed by this La Rochelle side.

"Even taking my Leinster hat off, I firmly believe they are not going to get as much space as they have recently. Against Sale, they pulled away in the last 20 minutes. There were a lot of question marks over the Sale defence.

"I’d say the Leinster coaches will be driving in the last 10 days that they need to attack these big guys in twos and make sure that this KBA thing (keep ball alive) just doesn’t happen and they don’t get in behind.

Former Ireland international Stephen Ferris agrees that for all the entertainment La Rochelle have provided up to this point, they are likely to struggle against an in-form Leinster side looking to win back the trophy they last won in 2018. 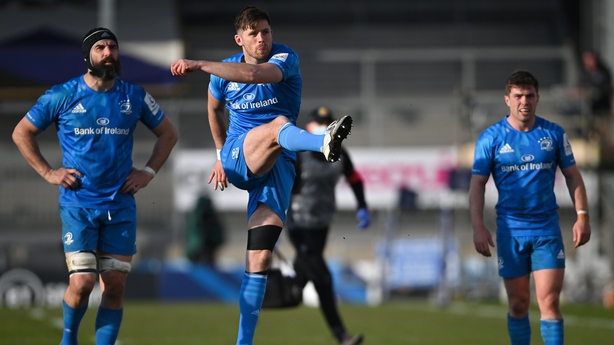 "Leinster, after that Saracens quarter-final defeat, they have it in their heads that will go all guns blazing to get the trophy back to Dublin

"Everyone was talking Exeter up, me included, before the quarter-finals. Current European champions, Gallager Premiership champions, but Leinster could have pulled away even more in that game I thought.

"I believe they will get the victory. They won’t give La Rochelle the space they want."